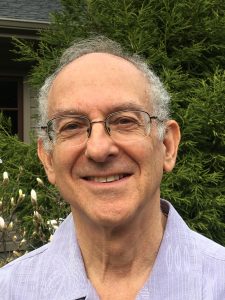 We are pleased to introduce to you Dr. Charles Ross.  Dr. Ross is a DO, and he stepped up to be our very first Guest DO Blogger!  We think you will find that he has some really good ideas around helping not only Doctors, Student Doctors, Residents, and support staff to eat healthy, but most importantly how to help the community find wellness through a plant based diet.
Dr. Ross has a short autobiography at the end of this article, and has also generously included his personal contact information.  Don’t forget to join us again next week, when Dr. Ross will provide feedback to a community blog written by a woman who has found a way to survive eating healthy on a very small budget, due to living on social security disability.
The NorthWest Osteopathic Medical Foundation hopes you enjoy this blog.  Feel free to leave comments or questions!

Now is the time to address the problems, the solutions, and the barriers to reversing the increase in chronic disease that is destroying individual lives and placing an enormous economic burden on our health care system. One would have to be very near sighted to not visualize the increasing size of our population. Check out the statistics at the Center for Disease Control and you will see the trend toward obesity is frightening. About 2/3 of our adult population is overweight and 1/3 of these are obese and this problem is worsening. Along with this increasing weight gain, there is an increase in the number of cardiovascular diseases, diabetes (one out of four adults), and other chronic illnesses. I believe that this trend should be considered a public health problem…not just an individual problem.
In the latter part of the 20th century, increasing weight gain was felt to be due to the lack of will power by the individual. Advice given was to “eat smaller portions” or “exercise more” or “go to a counselor and figure out what is troubling you and leading to overeating”. While there may be some truth in each of the above attempts as constructive advice, the other very significant influences were largely ignored. Let’s look at some of these other factors.
Our food supply has been significantly altered (see data below from USDA food review) the values below represent the average amount ingested per person comparing 1900 with 2010

What can you do?

Look to the science of nutrition, become mindful of your food choices, and practice until you get the health goal you wish to achieve. Changing your lifestyle is like learning to play a new sport like tennis or learning to play a musical instrument. These take practice and a good teacher or coach can be a real asset in developing your skill level. Check out the resources listed and best of health to you all.
If you are the least bit engaged after reading the above and wish to pursue more information on this topic…..I have listed a number of resources below….
If you like to read, then consider the following…
How Not To Die by Michael Greger MD—the best single resource of evidenced based nutrition in one book
How To Prevent and Reverse Heart Disease by Caldwell Esselstyn MD
Proteinaholic by Garth Davis MD
Whitewash by Joseph Keon—Why dairy is not so healthy
The Cheese Trap by Neal Barnard MD
The Blue Zones by Dan Buettner
Salt, Sugar, Fat by Michael Moss-How the food industry has altered our foods
Eat To Live by Joel Fuhrman MD
The China Study by T. Colin Campbell PhD
The Mayo Clinic Guide to Stress Free Living by Amit Sood MD—put this at the top of your list
If you use the internet, then consider the following…
www.nutritionfacts.org  Best evidenced based nutrition science site in the world…check it out and you will not be sorry. This site is totally transparent and I have asked every medical student who has ever rotated with me to find something wrong with this site and over the last 4 years not one issue or problem.
www.pcrm.org   A 21 day kick start program at this site along with many valuable resources like handouts and educational videos
www.drmcdougall.com  A great site for support. Best site for recipes from around the world.
www.forksoverknives.com   Another great site for recipes
ucdintegrativemedicine.com   Support for whole food plant based lifestyle. I was just introduced to this site and it looks really good.
If you like to watch movies, then consider the following….
Forks Over Knives
What the Health
If you like to attend classes…
Find a CHIP (complete health improvement program) near you.
The classes I started are called THIP (total health improvement program). They are free to anyone and can be found online at www.roseburgthip.com Actually Dr. Heidi Beery in Roseburg deserves the credit for putting these classes online and UC VEG in Roseburg is currently maintaining.  Click on the Class Content and you can for free view each of the classes. Check this out…it is a very good site.
And if you just want to talk on the phone or email me about this…
Call me at 541 680-0361
Email me at cataniaross@msn.com
Best of health to you all,
Charlie Ross DO
Lifestyle Medicine

2017-09-06
Previous Post: A Cup of Coffee – Thoughts To Ponder
Next Post: Part II in a Four Part Series on Eating Healthy