A Mother’s Love – Part III in a series on Opiates: Are There Any Good Answers?

Welcome back!  This is Part III in a series on Opiates:  Are there any good answers?  If you recall, last week we were riveted by a young man’s story of addiction, and his slow slide into suicidal ideation.  This week, we visit with a mother who lost her child to an accidental overdose.  Let’s hear what she has to say about the subject matter…

You never think it will happen in your family.  And then it does.  The harsh, never 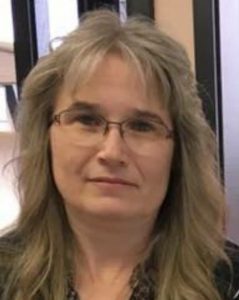 ending, pulsating pain that comes from losing your child.  It’s not normal.  It’s not natural.  It’s not supposed to end like this.  We prepare our children to walk without falling down, to eat with impeccable table manners, to respect their elders, and to work hard at anything they attempt in life.  We watch them fall and encourage them to get back up.  We guide them in their ways, whether it’s to their church, their coach, or their theater instructor, we are always there, encouraging, engaging, and guiding.

And then, the unthinkable happens, and you are never the same again.  Ever.  This is one mother’s story:

My experience with opioids is through the death of my son, James (Jim) Curtis Jones, at the age of 18.  He was a senior at Canby High School and my only child.

He got into a car accident while he was in rehab, and they prescribed him Vicodin and a muscle relaxer.  He was allowed to take all these medications including the opioid, as they were prescribed by a doctor.  I look back and wonder how this was allowed to happen.  My son, an adolescent, goes to rehab for marijuana use, and then becomes an addict to opioids and benzodiazepines, due to the policy that as long as it’s prescribed by a doctor, it’s okay.

He was still attending outpatient rehab when he died.  Having lost my only child to opioids makes me want to let all mothers know that opioids are deadly.  Educate yourself about the dangers and try other alternatives for pain if you’re able to for long term issues.  These drugs are not meant to be used on a long term basis.

This was an accidental overdose…not suicide…there was nothing about his behavior to indicate he would be gone six days after his 18th birthday…I grieve each and every day.  The pain is always there.  I abruptly stopped being a mother.  It’s a parents worst nightmare.

The movie “The Rabbit Hole” is about parents that lost their only child.  It does an adequate job of providing insight into grief, but there is no way you could describe how a couple deals with the loss of a child in an hour and a half movie, and not leave things out.  I do feel that it touches on some key points, however.  There is the strain of the relationship between the couple after the death of their child.  It covers the differences between men’s grief and women’s grief.  It covers the  strain on family and friend relationships, and how they are changed and sometimes the relationships are lost.  They do state in the movie that at some point in the grief journey the pain is bearable.  I guess that’s correct, as the meaning of bearable is capable of enduring what you are dealing with.  I have to say, though, that grief is volatile and some days it is bearable and then other days it is not.  Some days you feel you can take on the world, and other days you are not sure how you will get yourself out of bed to face the world.  I do recommend this movie for all who have NOT lost a child.   For those of you who have lost a child, this movie may be too much to take in.
I, along with two other mothers who had lost children to prescription drugs, were brought together by Lines for Life, and we recently became an integral part of getting house bill 3440 passed.  This bill gives easier access to Narcan, and easier access to drug court and insurance mandates, to help get people into treatment in a more timely manner. There was also an opiate task force that the Governor formed, to look at other changes that are needed to happen, to combat this epidemic.
View a video created by Jim’s mom and friends, and if you have kids, view with them:   Click here 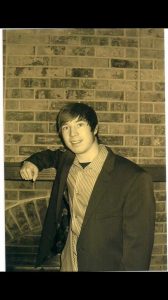 This blog, and all the work that Jackie does to shed light on this issue, is dedicated to her son, James (Jim) Jones.
January 23, 1993 to January 29, 2011
“Do not judge the bereaved mother. She comes in many forms. She is breathing, but she is dying. She may look young, but inside she has become ancient. She smiles, but her heart sobs. She walks, she talks, she cooks, she cleans, she works, she is, but she is not, all at once. She is here, but part of her is elsewhere for eternity.”
– Author unknown

The following is a response to Jackie’s blog from Dr. Jorgensen:

Children are never supposed to die before their parents.  It’s unthinkably tragic and as many of my patients have described, it’s like losing a limb—something that won’t and couldn’t ever go away—you just learn to live with it.  In ‘rehab’ or addiction recovery utilization of anxiolytics, specifically benzodiazepines, may be ‘medically indicated.’  It is always dangerous, especially in patients with substance use disorders involving heroin or opioids.  In all the FBI and DEA cases in which I consulted, the majority of deaths  ‘polysubstance’ intoxication and benzos were the culprit nearly every time, combined with alcohol, pain meds, and/or heroin.

I prescribe benzodiazepines in short prescriptions for acute muscle spasms.  However, many still use them as a mainstay for anxiety, which is ironic as anxiety symptoms are the first hallmark of serotonin deficiency.  SSRI and SNRI often ameliorate anxiety and in this case, benzos in a controlled setting may have made sense at the time.  However, once the accident occurred and hydrocodone was introduced, reconsideration of this combination in light of Jim’s comorbid substance use disorder should have been paramount. To be clear, combining benzodiazepines and pain medicine is not an absolute contraindication.  Playing Monday morning quarterback, what went wrong in this case is sadly clear.  In Jim’s case SSRI escalation may have been an option, or if he hadn’t had substance abuse issues with cannabis, that too could have controlled his anxiety issues.  However, again we must look at awareness and communication among providers about why he is taking what, what he is taking when and from whom is he getting all his medicine.
The practice of medicine is arguably busier now than at any time in history. The time to look at medical records, medication lists and ‘get to know’ a new patient ain’t like it used to be. However, our patients shouldn’t suffer—or in this case die—because we are too busy.  Anxiety being treated with benzodiazepines may be medically indicated,  and it may work for some patients, but it should be a last resort if other safer options are not available.   At Patient360 we wrote a Quality Clinical Data Registry (QCDR) metric for the Quality Payment Program (QPP) specifically about using SSRI and stopping benzos for anxiety.  My own clinical experience inheriting patients or getting consults with qid to 5 time a day benzo dosing, simply chasing anxiety symptoms along with the FBI/DEA worked referenced above, were why I wrote that measure.  Awareness and education for patients and providers are a must.  What I have also seen is that most folks writing benzos do not do risk mitigation; meaning they don’t do controlled substance agreements, pill counts or comprehensive urine drug testing.  Yet prescriptions are often filled like clockwork every four weeks.  Benzos need to be treated just like opioids and opiates, as they are a key component in the deadly overdose cocktails killing so many every day in our country.

Another nagging question is:  Where was the risk mitigation at his ‘rehab’ program?  I am not laying fault at his specific facility, but more broadly asking how and why at a place that treats patients with active addiction did this happen?  Many notable celebrities died in rehab centers from overdoses. Plainly, the patient has to want to get better and be motivated to get help.  Yet, time and time again I see parents, family and loved ones sigh in relief when the focus of their concern finally gets into a rehab facility.  There is a false sense of security that there are ‘no drugs’ or substance abuse in an inpatient or facility setting.  Sadly, and dangerously, that is not always true.

For every celebrity, there are dozens of faceless, nameless lives lost assuming ‘they are safe’ in rehab.  Vigilance—if not hyper-vigilance—is needed in the early phases of recovery, whether an inpatient or an outpatient setting.  This is where the osteopathic tenets of body, mind and spirit must be the foci.  Recidivism is the norm early on, and needs to be aggressively monitored with comprehensive urine drug testing.  Many, many patients whom I thought would be offended by my increasing pill counts and urine drug testing frequency welcomed it.  Those that got mad were mad for being called on their active addiction—and nearly all of them admitted just that, once true recovery began.

Please intervene, push the regulatory envelope, for at the end of the day these are not faceless or nameless patients, they are someone’s mother, father, brother or sister and they are all someone’s child.