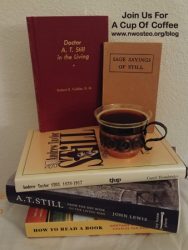 A Cup of Coffee: Fawning. The missing link to abusive relationships.

Welcome back! Last week, we talked about the Adult Children of Hoarders. If you missed this blog and would like to catch up, click HERE.

This week, we are going to learn about a new word. It’s called “Fawning“. Some may have already heard of this word and the meaning, but for those of us who haven’t, this blog’s for you. Many parents are unknowingly creating fawners who then enter into abusive relationships.

First, let’s see what Webster has to say about the word “fawning“: “seeking or used to seek approval or favor by means of flattery“. So you may think, “Who cares? This word has been around since the 14th Century!“, and you would be correct, however, as words go, the meaning of the word has taken on a new…well…meaning.

It has been discovered, that when people “fawn“, it can actually be a response to trauma. We all know the three things we tend to do when confronted with something we don’t know how to deal with, right? We either Fight, Flight (run), or Freeze. It could be said, that Fawn is the fourth response, especially for people who have experienced trauma. Children who have lived in an abusive environment often grow up to be adults who fawn, also known as being a “people pleaser“.

“The term was first coined by therapist and survivor Pete Walker (M.A., MFT), who wrote about it in his groundbreaking book “Complex PTSD: From Surviving to Thriving.” And let me tell you, as a concept, it thoroughly changed the game for me.

“In a nutshell, “fawning” is the use of people-pleasing to diffuse conflict, feel more secure in relationships, and earn the approval of others.

“It’s a maladaptive way of creating safety in our connections with others by essentially mirroring the imagined expectations and desires of other people.“

So you might ask, “…what’s wrong with being an easy-going person?” Nothing, is the short answer. The long answer is a little more complicated.

The person who “fawns” is never able to be their authentic self. They rarely say “no“, even when helping someone else out is of detriment to themselves. Once this happens, as Dylan states, “If no one sees your authentic self, it can lead to feelings of being misunderstood, and even resenting the fact that no one really ‘sees’ you.“

People who fawn will often try to blend into their environment, if for no other reason than to avoid conflict. Not being seen is a better alternative than not being liked. People who fawn feel guilty for being angry at others. Avoiding conflict avoids these feelings of anger.

Suppressed anger is covered up by the fawn response, or a pleasing response, which is an adaptation response to surviving in an abusive environment. Further, the environment doesn’t have to be the standard definition of abusive. It can simply be a parenting style that in the long run, is less than effective.

Fawners often grew up in a chaotic or controlling environment. They internalized the idea that if they were perfectly good, or well behaved, that this would minimize conflict and would “earn” them love and appreciation.

The problem with this is that when you are trained to minimize your opinion and make yourself smaller so that others can feel larger, you set yourself up for experiencing emotional if not physical abuse later in life. When we expect perfection from our children, and in fact deny them love unless they are 100% cooperative with no emotions, thoughts, or opinions of their own, we are unknowingly creating fawners and potentially setting our children up for abuse.

This writer can give a personal example of this type of parenting from her own years of growing up with a father who didn’t ever express anger. When I would misbehave, he would simply shut down. No smiles, no hugs, no games, nothing. I was ignored. Sometimes for days. I would be so desperate for his attention again, that I would actually perform songs or dance to try and make him feel happy. I learned very quickly that I didn’t like seeing my father unhappy, and I did everything I could to be a “good girl” for him.

My father didn’t do this on purpose. It was his way of controlling his own anger. He never hit me, cursed me, spanked me, or otherwise assaulted me, so I felt safe. The issue came up when, as an adult, I looked for someone to love me and protect me the way my father had, and the man I married was your typical narcissist, in need of power and control. Enter the abusive merry-go-round.

Teaching our children to ignore their gut instincts, to tell them something is ok when it is not, to teach them that love is sometimes equal to pain, and that they are only acceptable human beings if they are doing what you think they should be doing, is only teaching them to mirror the people around them in order to secure love and acceptance. Independent, secure people are not born in this environment.

Children are taught that love needs to be earned and will pursue relationships as adults that create this dynamic. Unfortunately, these relationships will often be abusive ones. The parents sit back and wonder, “why is she/he in this relationship? We didn’t raise him/her to think this was ok“, and that may be true, but in denying your child the right to an opinion, in expecting their total obedience in exchange for love and acceptance, you did have a part in preparing them to enter into an abusive relationship as an adult.

A child that is 100% controlled will continue to seek that type of relationship, and most partners that seek to control their significant other, do so out of a narcissistic need to feel powerful rather than protective, which may be the parents’ initial goal.

If you recognize yourself in this blog as a fawner (people pleaser), the parent who is teaching these maladaptive behaviors, or the person who is taking advantage of a fawner, you can seek help.

Contact a counselor and begin your healing process. It takes time, but it can be done. You are not alone, regardless of which category above you identify with. As a parent, you hold the key to your child’s future. What an honor and responsibility! It’s never too early, or too late, to change direction.

Please share this blog so that others can find healing as well…we are all in this together. Be well…