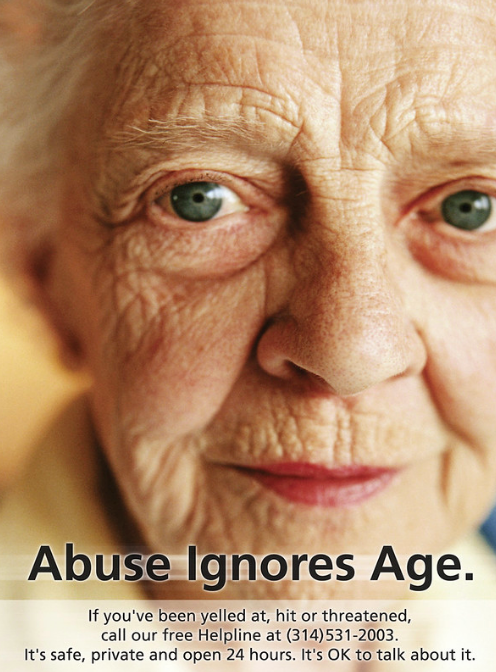 A Cup of Coffee: Elder Abuse in America

Welcome back! Last week we talked about Methamphetamines. If you missed this blog and would like to catch up, click HERE. This week we address Elder Abuse in America. Warning: discussion of assault and suicide.

I received the letter in the mail and as I opened it up, I only searched for one word: SUBSTANTIATED. There it was. Black and white. Names of witnesses redacted. My mama had died from abuse and neglect. My dad had sat by her bedside 24/7, only going home to shower and shave. He slept sitting up in a chair because recliners were against the rules. My two sisters and I visited daily, often stopping by before or after work. There were times I would go see them in the middle of the night, unable to sleep for the worry of her condition.

My mama broke her ankle at the age of 90. Before taking her to the ER, I asked her if she was hungry. She wanted soup, a half a sandwich, and milk. We giggled as she ate, anticipating that the bruise on her ankle would mean a cast to sign. She didn’t have any pain, or so she said, but we went anyway because safe was better than sorry.

They kept her overnight, mostly because of her age. I was assured I could pick her up in the morning. This would never happen. The hospitalist called me early in the morning and said he was very sorry, but my mama was getting a “failure to thrive” diagnosis. She wouldn’t speak, wouldn’t open her eyes, and in his opinion, had given up on life.

I was shocked. This wasn’t her way, and I told him as much. He said she would need to go to a rehab, and if things didn’t improve, a nursing home. “Without food or water, her days are short…I’m sorry“.

I hung up the phone and sat there. How could this be? Ten days would pass before I would suddenly ask myself, “what changed?“. What changed between the time she arrived at the hospital and now, ten days later. I asked to see her medication list, and there it was. They were giving her a drug prescribed by the hospital, that she was highly allergic to. She was unable to respond, unable to nourish herself. My dad had insisted she receive IV fluids until we could sort this out, and that was the only reason she was still alive.

Once off the medication, she woke up, but the damage was done. She couldn’t swallow. I asked the facility to give her “mechanical soft” to see if that would help. They sent pizza. When I confronted the kitchen about the food, I was told they thought that pizza was soft enough to be considered mechanical soft. No training. No understanding of terms. No apology.

Several days later, she fell asleep again, but this time she wouldn’t wake up. They had made another medication error, and she was once again on the pill she was so allergic to.

To add insult to injury, someone took her wedding ring off her finger as she lay there, literally dying. My dad slept through it, but the lady in the next bed said she saw “the grave yard girl do it“. The police would later get the ring back, but the facility never called them to report, we had to do it.

Financial abuse (ring). Neglect (pills and food). Failure to report (ring). Death. She was the best mama ever. People were fired, and it was in the news. My family was numb.

Fast forward to my father’s recent death. It was deja vu. His call light was on, nobody responded, he went to the bathroom on his own, fell, broke a hip, this exposed a bed sore the size of a salad plate, and he died.

To be clear, let’s define “elder abuse“. According to the Department of Justice, elder abuse is “An intentional act or failure to act by a caregiver or another person in a relationship involving an expectation of trust that causes or creates a risk of harm to an older adult”. It is a term under which five types of abuse are reflected:
• Caregiver Neglect
• Financial Fraud & Exploitation
• Psychological Abuse
• Sexual Abuse
• Physical Abuse

In 2018, The World Health Organization states that:
“Around 1 in 6 people 60 years and older experienced some form of abuse in community settings during the past year. Rates of elder abuse are high in institutions such as nursing homes and long-term care facilities, with 2 in 3 staff reporting that they have committed abuse in the past year“.

Let’s that sink in. Two out of every three staff members report abusing an elder heart in the last year.

The WHO goes on to say this, “Only 1 in 24 cases of elder abuse is reported, in part because older people are often afraid to report cases of abuse to family, friends, or to the authorities. Consequently, any prevalence rates are likely to be underestimated“.  Horrifying.

Having worked in group homes for much of my 20 plus years in social services, I can attest to these facts. As a manager, I caught grave staff not only sleeping on their shift, but with blankets and pillows from home, in their pajamas. I’ve seen staff ignore food preparation orders because “the client wanted crackers” (let’s not worry about the fact that he can’t safely swallow crackers, right?). I’ve caught a staff member pulling into the driveway after driving a client to the doctor, reeking of beer (yes she was tested, yes she was drunk, yes she was fired). I confronted a staff member who was having sex with a girl who was non verbal (he quit, went home, and committed suicide). I’ve seen more medication errors than I ever wanted to, I’ve walked in to find non verbal clients who were dependent on staff to change their depends, so wet that their night gown was soaked up to their neck, I’ve seen peers steal a clients pain meds, and I’ve watched a staff member sedate a client so that they could “have an easy shift“. I’ve seen too much and as a mandatory reporter, I reported it all.

I have some very strong opinions as to why this is happening, and I’d like to share them with you.

Pay: Caregiving jobs don’t pay well. At all. Most of my staff worked their shift, took any overtime available, and still qualified for government assistance.

Environment: Staff work under very stressful conditions. Because of the lack of pay, turnover is high. You work understaffed a lot. Add in the clients that are violent, unable to walk, dress, or feed themselves, some that scream for hours at a time, clients experiencing dementia, and you get staff who are pushed to the limits. I once saw a client who would self harm eight hours a day, non stop. She gouged her own eyes out, slapped herself, pinched her skin until it bled, and banged her head on the walls and floor. The staff were so stressed that many quit.

Education: Because of the low pay and poor working conditions, hiring happens without care to education. I’ve seen staff work in group homes who’s only other paying job has been fast food. Not to imply that people who work in fast food cannot be amazing caregivers, they can. I’ve trained some of the best, but it takes time, commitment, and major supervision.

Abusers look for vulnerable victims: If you want to abuse someone, you go where the vulnerable people are.

Drug use: Along with catching staff drinking on the job, I’ve found my share of crack in cigarette packs in the bathroom, joints in the silverware drawers, and dirty needles in the laundry.

The availability of qualified staff will dwindle as the Boomers retire and are in need of care themselves. The ability to pay for quality care, unreachable for most. My dad’s assisted living cost him six thousand a month, and another six thousand for hospice, but even twelve thousand dollars couldn’t stop him from experiencing neglect.

The medical examiner and protective services will do their job. I suspect in the days to come I will get a redacted letter, once again, explaining that my parent was abused and/or neglected. People may be fired. Maybe not. It won’t take away the pain, and it won’t bring him or my mama back. Our family pulled the short straw and we were the one in six, twice. I wouldn’t wish this on anyone.

We need to do better. This is unacceptable.

Warning: This video has actual abuse of an elder heart caught on tape. Hard to watch, but necessary to understand what people go through without proper care.