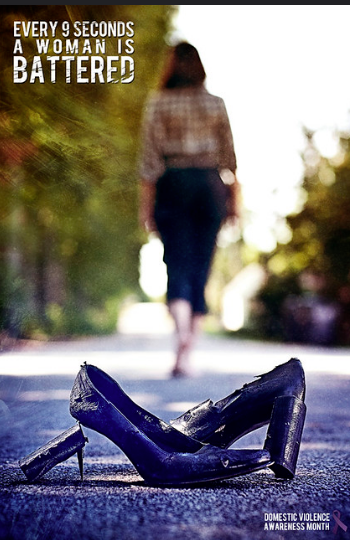 A Cup of Coffee – Domestic Violence – It's not just for women anymore.

Welcome back!  Last week we talked about a taboo subject – When Your Doctor Completes a Suicide.  If you missed that blog and would like to catch up, click HERE.

This month is Domestic Violence awareness month, and I would be missing a great opportunity if I didn’t blog about this very relevant subject.  For those who may not be able to read until the end, I will put the most important information up front.

If you, or someone you know, is in a dangerous relationship, please call:  1-800-799-SAFE (7233) The National Domestic Violence Hotline.  An advocate will take your call, and they have advocates that speak in more than 200 languages. All calls are free and confidential.  You are not alone.

Because I am a survivor of domestic violence, this blog was not an easy one to write.  Memories of people asking me questions like, “When are you going to say enough is enough?” or “Why don’t you just leave?” are seared into my brain.  I know these folks were just trying to be helpful, but it actually had the reverse effect, and their words were traumatizing.  I felt like there was something wrong with me. Exactly how my ex wanted me to feel.

I would often think to myself, “You … in your best judgement…married a monster”.  It’s unnerving and scary to think that you are lacking good judgement.  How did this happen?  How did I allow this to happen?  Why am I staying?

My favorite analogy of Domestic Violence is this:  If you put a frog in a pan of water on the stove and gradually warm it up, he will literally boil to death.  If you throw a frog into hot water, he will react and jump back out of the pan right away.  He knows that hot water is deadly…and it burns…and it’s not for him.

The takeaway is this:  Abusers rarely start the relationship with abusive behaviors.  They start slow and build, like the water in the pan, and it begins to feel like it’s not them, but the victim who is at fault.

They actually start out as the most loving, caring, sharing person.  Everyone loves them.  Their friends, their family, heck even your own family…love them.  The first two years of marriage are bliss.

This is the luke warm water moment. This is where it all begins.

Then, one day, they get angry and punch a hole in the wall.  You are shocked, and you tell friends and family, but the response is not a good one.  “What did you do to make them so angry???”  Telling the family only gets you criticized…so you stay silent from that moment on.

By now they are starting to lose control on a weekly basis…the sack lunch for work didn’t have trail mix in it, and they fall into a rage, yelling, overturning chairs, and making you feel like you could be next.

A month later they hit you, but instantly start to cry…”I’m so sorry!  I’ve never done that before!”  (Lies).  “I will never hurt you again, I promise” (More lies).  You may be pregnant by this time, and leaving seems like a really stupid thing to do.  Friends and family wouldn’t support that.  Your significant other has never hit you in all the time you’ve been together…this must be a fluke…you believe them.

You have your baby and right away get pregnant again.  You are only 22 years old.  By now they are drinking excessively and can’t hold down a job.  You are the primary bread winner.  They don’t help around the house, they leave to go be with their friends the minute you get home, because they’re tired of “baby sitting”.  Resentments are building.

They start to lose their ability to self regulate.  Their emotions become a roller coaster ride, and you never know when those peaks are going to hit.  One minute they’re laughing and everything is fine, the next minute they have you pinned against the wall, choking you.  You are scared and once you get away, you call the police.  They show up, and take them to jail for one night, handing them a restraining order on the way out.

They are enraged.  That’s their house.  Those are their kids.  “You are mine, and I own you!  I have the license to prove it!”.  They walk right through the restraining order, put a knife to your throat, and force you into the trunk of the car.

They drive you around in the woods for hours, stopping only to check and make sure you’re still breathing, and to ensure that you see them tap the cold ground with their shovel, proclaiming the ground is too hard to bury you in…it would be too much work and you aren’t worth it.

By now, your self esteem is shot.  You aren’t even worthy of a grave dug in cold ground.  You’ve been denied access to the car, the finances, sometimes even a warm bed…instead being locked in the enclosed porch, to sleep with the dogs.  Should you call 911 and tell them they walked through the restraining order?  Your significant other warns you, “If you do, you’ll never see the kids alive again”.

One day, you decide it’s the day.  You know that if you don’t leave, you are going to die.

The water is boiling.

This stage is the most dangerous for women/men leaving a violent relationship.  This is the stage where people commit double murder and suicide, often killing everyone in the house.

You’ve got your identification, you’ve told your best friend your plan, you pack up the kids and their favorite toys, you wait until they go to the liquor store, and you just leave.  You find safety in a domestic violence shelter.  You call your parents and tell them the truth.  You didn’t fall on the doorknob…that black eye was your partner’s doing.  You didn’t twist your ankle falling off a curb…that was your partner’s doing.  Your mama cries.  Your dad says if he ever sees them again he will kill them.  You feel bad that your parents are so upset.

You had to leave on foot because you had no car keys.  You don’t have any clothes because you had to carry your babies and their clothes/toys/blankets.  You have to call your work and tell them what’s going on.  You are embarrassed…sad…scared…questioning yourself.

And, sadly enough, it is at this stage that many go back.  On average, a person will leave an abusive relationship seven times before they leave for good, according to The National Domestic Violence Hotline.

Seven times.  An exhausting seven times. Why?  Easy to explain.  The abuser usually maintains the upper hand by asserting their charm.  They tell you this won’t happen again, or that it will be different this time.  They go to church and claim they found God…or they go to rehab until you get home and then they stop attending.  Most people want the fantasy of a true family unit.  Two parents, united, raising the little ones together.  Love can be blind.

The other reasons vary, but one solid common denominator is money.  You can’t afford daycare if you work.  You can’t pay rent on your own because it’s too expensive.  You miss the person that they can be when they aren’t acting out.  In short, you still love them, even though they’ve hurt you.  Your kids love them too and it’s hard to watch them cry for their absent parent.

In honoring Domestic Violence awareness month, I would ask that you open your hearts and minds to why these situations occur.  Judging victims, giving them advice that isn’t practical, and asking them what they did to create this situation, isn’t helpful.

Both men and women experience domestic violence.  It’s not just for women anymore.  I can’t state this any stronger than to bold it and italicize it. Men are getting more comfortable with coming out and talking about the abuse they have suffered at the hands of their partners.  It’s never ok.  No matter who the perpetrator is, it is never ok to put someone in fear of losing their life, losing their children, losing their home or losing their sanity.

On average, nearly 20 people per minute are physically abused by an intimate partner in the United States. During one year, this equates to more than 10 million women and men.

In the time it took you to read this blog, approximately 110 people were victims of domestic violence.

This video runs about 4 minutes. If you recognize this pattern in a friend or loved one, give them the national hotline number, or share this blog. You never know…it could save a life.