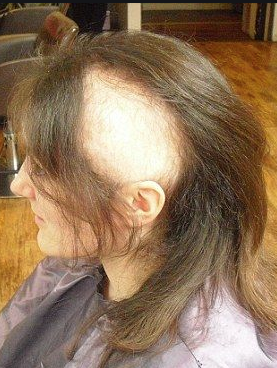 A Cup of Coffee – Trichotillomania

Welcome back! Last week we talked about Sensory Specific Satiety. If you missed that blog and would like to catch up, click HERE.

This week we are going to tackle a disorder called Trichotillomania. Wow, that’s a mouthful, right? Here’s how you pronounce this word:

Now, let’s find a working definition of this disorder:

Trichotillomania (pronounced trik-o-till-o-MAY-nee-uh), also referred to as “hair-pulling disorder,” is a mental disorder classified under Obsessive-Compulsive and Related Disorders and involves recurrent, irresistible urges to pull hair from the scalp, eyebrows, eyelids, and other areas of the body, despite repeated attempts to stop or decrease hair pulling.

I once knew a girl who had no eyelashes. She would literally pull them out as they came in. She otherwise appeared to have everything under control in her life. She was popular at school, danced, sang, acted in school plays, and seemed as if she owned the senior class…but her eyelashes told a different story.

Psycom has this to say about this particular disorder:

The primary feature of trichotillomania is recurrent pulling of one’s own hair. Hair pulling can occur in any region of the body in which hair grows; the most common sites include the scalp, eyebrows, and eyelids. Less common areas include facial, pubic, and peri-rectal regions.

Other symptoms can include the following:

This behavior normally starts around the onset of puberty and will be a life long, chronic disorder. The good news is that it can see long periods of remission, and there are many, many treatments available.

Habit reversal is often the primary treatment of trichotillomania. Individuals learn how to recognize situations where they are likely to pull hair and substitute other behaviors instead. Many people use journaling, alerts, and other strategies to increase awareness of triggers. Instead of pulling hair, a person might substitute behaviors such as; clenching fists or snapping an elastic band on the wrist.

Becoming aware of your triggers also helps. If you know ahead of time that performing on stage is going to cause you stress, and ultimately lead to you engaging in hair pulling, then you can plan ahead for when that urge hits and attempt to substitute something equally as satisfying.

Other recommended treatments are:

This is a short video on the subject matter. This woman chose to shave her head to control her urge to hair pull. It’s well worth the watch and runs 2 minutes.

Thanks for reading us…we appreciate you! Until next week, be kind to yourself and each other.