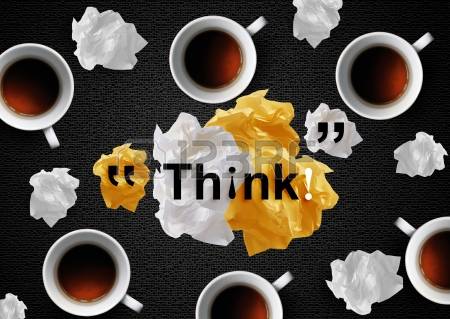 A Cup of Coffee – The Art of the Insult

Welcome back! Last week we talked about grief and how this pandemic is causing all of us to respond differently. If you missed that blog and would like to catch up, click HERE.

This week we are going to talk about the art of the insult. Well, kind of. Stay with me here…

Lately, I’ve noticed that people aren’t just socializing on social media. Now, more than ever, they are logging on to argue with one another. Now maybe this is a bad thing…or maybe it’s not. It could be a coping skill for those whose patience for this pandemic is running thin.

Can you guess how many emotions a human can experience?

Now, I’m no angel. I’ve been known to throw out an insult on social media. Trust me. When I do this, it’s normally in defense of another person who is being bullied, however not always. I’ve been known to subtly tell someone they are the north end of a southbound mule…or stating you can’t put a rose in a pigs’ behind and call it a vase. I know. Crass. Not necessarily moments my mama would have been proud of.

But the energy lately has turned, for lack of a better term, dark. People are becoming desensitized to others feelings and are more concerned with starting something so that they can interact, no matter the cost. As one reads the threads, you can almost feel the desperation in people’s posts.

I will give you an example so that we can all be on the same page. I sat in fascination as someone posted that this pandemic is reminiscent of the Holocaust. Another poster said that comment was hurtful as their family was murdered during that event. The original poster said, “SO…am I supposed to cry for you? If you can’t see the parallels then maybe you should move to another country“.

That interaction was the catalyst for this week’s blog.

I’m not going to weigh in on the content of that interaction, rather the emotional health, or lack thereof, behind it.

Last week, we talked about the stages of grief, remember? If not, you can review here. One of those stages was anger. When we look at interactions such as the one above, it’s easy to pinpoint that there is a lot of anger behind the original poster’s content. Now, stay with me here, because I know some of you are tuning out right now and saying, “I’m not angry, I’m trying to point out that we are all sheeple being led to the gas chambers if we don’t wake up!”. I got you. Hang on.

Neel Burton, MD writes: “It is said that basic emotions evolved in response to the ecological challenges faced by our remote ancestors and are so primitive as to be ‘hardwired’, with each basic emotion corresponding to a distinct and dedicated neurological circuit. Being hardwired, basic emotions (or ‘affect programs’) are innate and universal, automatic, and fast, and trigger behaviour with a high survival value. “

So while it’s hard to understand all 34,000 distinct emotions, we can learn how to identify the primary emotions and act accordingly. It’s especially useful for moments of intense feeling and when the mind cannot remain objective as it operates from an impulsive “fight or flight” response. (Watkins, 2014).

When we are frightened by the thought of being oppressed, losing our freedoms, getting sick, dying, and more, it triggers us and our fight or flight kicks in.

Still with me? I’m impressed!

Know thyself. Are you feeling disapproval at the slow rate of reopening our states? Pensive? This creates sadness which (looks up at the wheel of emotions) in turn creates…there’s that word again…GRIEF.

And we learned last week that grief can present in all forms, one of the most common being anger. Anger is a stage in the grieving cycle where many of us get stuck. It’s hard to get unstuck from anger, isn’t it? Oh my, yes.

So when we are online and we find ourself getting upset because someone is being the south end of a northbound mule, consider these words, and maybe offer them some grace. They are scared. They are hurting. They are angry and they are stuck. Be thankful you aren’t where they are, and just maybe, keep scrolling…

My two cents, for what it’s worth, dear readers. Have a beautiful week.