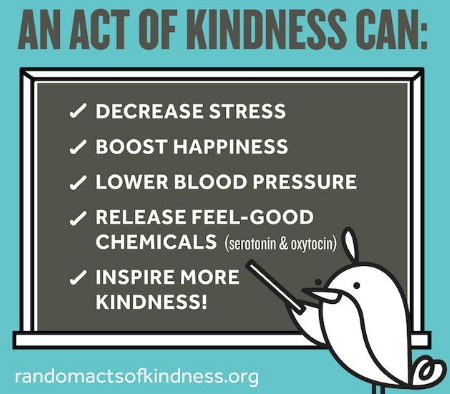 A Cup of Coffee – Stories From The Pet File

Welcome back! Last week, we talked about “To Mask or not to Mask; Nobody is Wrong”. If you missed that blog and would like to catch up, click HERE.

This week, we are going to talk about pets. They have much to teach us, and if we take a minute to watch their behaviors, we might just learn a little something about ourselves in the process.

The catalyst to this week’s blog was watching a woman shamed for bringing her dog into a fabric store. The sign on the door said, “Pets welcome“. No designation that they had to be service animals, and yet, she was dogged (excuse the pun) by shoppers who didn’t think her little dog hiding in her purse was appropriate. This sets the scene for this week….let’s chat.

My first story is about our Boston Terrier, Toro. Toro was a rescue puppy whose mama was pulled from a puppy mill right before she gave birth. We brought him into our home and added him to our pack of then two dogs, one being an older Golden Retriever, Lily.

Lily was presented with this puppy as if he were a gift to her. Lily was used to us coming home with presents for her, and we approached the business of a new puppy much the same way we would bring her home a box of her favorite chewies.

She took her new charge under her wing, and they became inseparable. She shared everything she “owned“…her bed, her food bowl, the doggy door, and all of her various bones and stuffed animals. There was only one stuffed animal that she wouldn’t share, and that was her “Mr. Bill“. She loved that he “talked” to her and would often push his button to hear him say, “oh noooooo“. If you aren’t familiar with this toy, here’s a video just for you.

Many times during the night, she would be restless, and we would say, “Lily, that’s enough…go to bed“. Some 10 minutes later, you would hear a muffled “Oh noooooo” come out of Mr. Bill, her last show of defiance, before calling it a day.

Toro knew that was the only thing he couldn’t touch. Lily’s time on earth ended, but Mr. Bill’s did not. We allowed him to keep Mr. Bill (and to be honest, there have been many Mr. Bill’s but shhhhh) and that stuffy became his focus, missing her terribly.

We recently adopted another Boston Terrier, Lokai. He’s missing one eye and has a cleft lip, and he’s adorable. Toro now spends his time trading toys with Lokai, each running after the other to retrieve what’s “theirs“. The only toy that isn’t up for grabs…is Mr. Bill.

I often see Toro under the bed, gently licking his friend, Mr. Bill, the way he used to lick Lily, and I have to wonder what he’s thinking. Is he experiencing loss? Does he grieve her absence? Maybe my next story will answer that question for us.

Many years ago, my daughter adopted a black cat from the shelter named Sebastian. He had been feral, and really just wanted to go outside. Normally we don’t allow our cats out, as we live in the country and death by coyote cannot be pleasant, but Sebastian spent his days screaming at the front door (and his nights), so we gave in.

Eventually our other cat, Monkey Butt, who suffered some cognitive deficiencies, became his friend, and he too went outside. They were often seen together, Sebastian trying to teach him the art of hunting, or walking side by side, tails entwined. Best friends.

I know, you’re trying to figure out why we named him Monkey Butt. Don’t judge.

One day, Sebastian wandered too far and was hit and killed by a car. We brought the body back to the front yard for burial, and Monkey Butt was given the opportunity to observe. The next several weeks proved to be heartbreaking.

So the question needs to be asked, are animals capable of missing what was once there, but is no more? One only has to see the reaction of a dog when their master returns from work to know the answer to this question. Yes, of course, they do.

Animals are capable of deep emotion, and as such, bond with humans in a very distinct manner. Unlike our world, which changes daily, or our relationships which are only as good as the last “I love you“, animals provide a sense of security. They won’t leave us, stab us in the back, or try to dominate us. They are innocent of all the ugly emotions that humans are not.

While we all grapple with what’s been going on in our corner of the universe, let’s remember that animals are a way for many to cope. Spending more time with our pets is one way of really getting our emotional needs met. If you aren’t an animal person, and cannot relate, then I would only ask that you allow those who are, some space to be with their companions.

When you see someone in the store with a dog peeking out of their owners’ purse, and your first reaction is to tell the manager, please think twice. Does the person that is carrying that dog have emotional needs? Do they have a panic attack if the dog isn’t near them? Do they have an unseen special need that the dog aides them with? Do they even need a “reason” to be carrying their dog around? Does the store have a pet policy that allows pets inside?

Now, I know many of you will write to me and say things like, “dogs don’t belong in grocery stores” and “I’m allergic to cats and don’t want to sit next to one on the airplane“. I get it. I do. I also know that we run into all kinds of inconveniences in our lifetime, such as riding your bike and having a bug fly into your mouth. It is gross and unacceptable and we still ride our bikes.

Life isn’t perfect, but it can be perfectly acceptable if we choose to make it so. Love is a choice. Happiness is a choice. Being kind to others…is a choice. If you find yourself saying, “Ok, but what about me and my rights?”, I would encourage you to step outside of yourself and attempt to see the greater good. I have personally found that when I focus on my own needs, my world gets very small, and eventually I become miserable, both to myself and those around me.

Animals play a huge role in the mental health of many, and as such we can hopefully give those who need them some space to just be. If life were social media, the analogy would be to “just keep scrolling”.

Have a beautiful week, dear readers, and thank you for the chat. We greatly appreciate you.