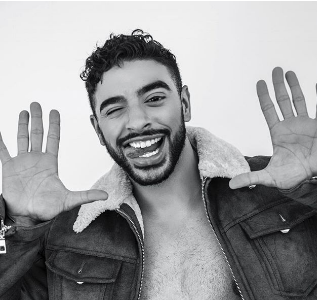 A Cup of Coffee – Health Care and Being Transgender

Welcome back! Last week we talked about Seasonal Allergies. If you missed that blog and would like to catch up, click HERE.

This week, I was asked by a local doctor to write about Transgender people and healthcare. Since I’m not transgender, I asked someone I hold dear to my heart to help me write this blog by giving us a glimpse into his life. “Max” is his pen name, not his real name.

In preparation for this blog, I looked up some statistics in the United States. The UCLA Williams Institute School of Law reports that as of 2019, 1.4 million people in the United States identify as transgender. For those of you unfamiliar with this term, transgender means: “denoting or relating to a person whose sense of personal identity and gender does not correspond with their birth sex.” The pictures that you see in this week’s blog are people who have transitioned. They are actors, reality TV stars, and authors.

Many will say this is a form of mental illness. They would be incorrect, it has not been listed in the DSM-5 since 2013. The Diagnostic and Statistical Manual of Mental Disorders (DSM–5) is the product of more than 10 years of effort by hundreds of international experts in all aspects of mental health. Their dedication and hard work have yielded an authoritative volume that defines and classifies mental disorders in order to improve diagnoses, treatment, and research.

An important note: being transgender is not the same as being a transvestite. The two are often confused. The definition of Transvestite is “a person, typically a man, who derives pleasure from dressing in clothes primarily associated with the opposite sex“.

Now that we have some clarity on the subject matter, let’s hear from our guest blogger, Max. We thank him for his time, and his willingness to share with us that which is so personal...his authentic self.

This is my story:

When I was young, I knew that I was different. Because of religion that told me of all the reasons I was going to hell, I ended up with an ulcer at 11 years old.  I developed extreme anxiety at 17 years of age when I was forced to admit I was transgender by my partner’s mother.

I would go to the emergency room in Tennessee, telling them “I am dying, I’m having a heart attack“.  They gave me pills and sent me home. I took those pills and became addicted to Ativan.  I took this medication for about three years until one of the ER doctors decided that was enough and discontinued the medication without any notice. I went through withdrawals.  When I would go into the ER as a young Queer kid it was hard. I was judged, laughed at, talked down to, and most of all never listened to.  So, like most Queers, I stayed away from doctors and hospitals and chose to self-medicate with Alcohol.

There was no education or TV show or person I could talk to about being Transgender, in fact, I did not know one transgender person. Because of this, I thought I must just be a really butch (masculine) lesbian.  My transition was so slow because I did not know anything about what I was feeling except I was going to hell.  I wanted to please everyone and I didn’t want to go to hell. I was very conflicted.

Being Queer in the south, the family usually leaves you and you learn how to survive on your own.  If they do talk to you it’s because they must be doing you some type of favor.

I remember when I was 17 and I left and moved in with a woman who was a predator.  She was 30, I was 17. I had no one and she knew I needed her. She was the first of many abusive relationships that many queer people stay stuck in because we are told we have NO WORTH.

My youngest sister told my mom and dad that she wanted to see me.  They said NO. Can you imagine not being able to see someone you love because they love differently?  She snuck out to see me. I think she tried to love me as best she knew how, but my sister has no concept of what love looks like because it was not shown to us as children.

Most queer people skip life-saving exams because they do not want to let people see them, especially Trans people.

I knew I was not a female I just didn’t understand who I was until I moved to Oregon and got to know people.  I related to trans people right away, as if I found a cure for a disease I had.  I was relieved.  So, I studied up on it myself. I did not feel safe with my doctor, and the woman I was with at the time made it clear when Chaz Bono came out as Trans that she only wanted to date females.  I used to laugh at her, thinking “well I am more than just female“.  The research that I found early on showed Testosterone as a very scary mood-altering drug.  People would say: “it makes you angry, you become a mean man, or it’s not natural”.  So, I drank and drank instead.  This is a common practice for Queer young adults and adults because we self-medicate.  Drinking gives us a chance to let go and forget about it.

When I decided to become more manly in the workplace I changed my name from Debra to Deb and eventually D before I found my true self of Max.  I took it so slowly but I loved each and every time I made a little progress towards being my true self.

I joined a church thinking maybe I could just be happy with myself and the woman I was with for many years. We raised three kids together.  They are grown adults now and I haven’t talked to them in years by their choice.  This process was good for the kids at the time but I could not find the peace I needed so I never really committed to it.  After a childhood of religion telling you that you are wrong, it’s hard to hear “oh just joking.  God loves you too“.  I have an open relationship with what I feel God is for me.  I guess it’s the sun, the kisses, and the hugs.

Once I left that relationship in 2016, I spent one year on myself, and then I met my current wife at the beginning of 2018.

I have a dear friend who is the Director at Woodland heights in Tigard and she helped me. She taught me to spend time with me, most of all she taught me to start loving me for me. I will love her forever for what she taught me.  We talk once or twice monthly to this day.

I was finally ready to talk to someone about being transgender. This was 2016 and I called Outside In in Portland, Oregon.  I had to leave a message and I was so scared that my voice cracked.  They called me back in less than a week.  I told them I was trans and needed help with the process and needed to talk to someone.  They were so loving and kind.  I walked in and this place was full of people regardless of financial status and they were just like me.  YAY!!!!  There were a lot of them too, heavy ones, skinny ones, hairy ones, bald ones, mentally ill ones, people of color, and old ones.

I teared up and had the biggest smile on my face.  I met the lady who would change my life.  She is a nurse practitioner there and she was so kind.  I told her I was trans, and she smiled and said “okay“.  We talked about my options, possible side effects of hormones, and the next steps.  Boom, I had my first hormone shot within the next week.

When I got to the nurse practitioner, I had not had a gynecological exam in 20 years. I had not had any needed exams because Queer people just can’t be that open and raw.  She took care of toe fungus that I had for years, skin issues, then we started diving into my mental health.  I needed Testosterone, I stopped drinking slowly and then completely.  At clinics like Outside In in Portland Oregon, there are trans individuals who work there so they are very good about wanting to make every trans person feel seen.  It is not like that in a regular doctor’s office.

I decided I was ready for Top surgery (having my breasts removed). I was scared to meet my surgeon but if there was a perfect match for anyone, it was her for me.  Here is why. She grew up well and went to college in Tennessee. She understood where I was coming from.  This is very important in order to reach people in health care.  She taught me to love myself by saying things like “don’t feel shame, those are tumors and we are removing them“.

I feel that Nurses and Doctors want to make you feel safe, but at times they do slip with dead names (the name you held when you were the opposite sex, in my case, Debra), but as a whole, they treated me like a man from day one.

Do you know how many years I had shame over my breasts?  I had shame for 44 years. Post-surgery, I now feel safe and cared for.  I feel very grateful.