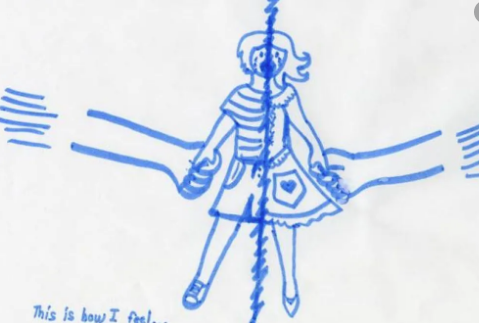 A Cup of Coffee – Gender Dysphoria

Last week, we featured a blog by a man who talked about being Transgender in America. We received a comment on that blog regarding the term “gender dysphoria“, which then led to many questions surrounding that comment.

I would like to try and clarify this term for everyone.

First of all, let’s define it. Gender Dysphoria: the condition of feeling one’s emotional and psychological identity as male or female to be opposite to one’s biological sex.

We must also define a couple of other terms for the purpose of this blog.

Gender Identity: Gender identity refers to our sense of who we are and how we see and describe ourselves.

Binary: This term refers to the standard use of “male” “female“.

Non-Binary: Some people do not define themselves as having a “binary” identity. For them, the concept of gender is not relevant to their identity. They may use different terms, such as agender, gender diverse, gender non-conforming, to describe their identity. However, as a group, they are often called “non-binary“.

Many times, our children may show an interest in playing with toys that are typically reserved for the opposite sex. They may say things like, “I don’t want to be a daddy, I want to be a mommy“. These behaviors are often normal childhood development and don’t necessarily mean that a child will identify as being Transgender, although some will indeed go on to do so.

A small number of children may feel lasting and severe distress, which gets worse as they get older. This often happens around puberty, when young people might feel that their physical appearance does not match their gender identity.

This feeling can continue into adulthood with some people having a strong desire to change parts of their physical appearance, such as facial hair or breasts.

Psychology Today writes, “Gender dysphoria in adults and children is considered a disorder if the person also experiences significant distress or impairment in major areas of life as a result of the incongruence. Identifying with a gender different from the one that was assigned is no longer considered a mental disorder in itself. The causes of gender dysphoria are currently unknown, but genes, hormonal influences in the womb, and environmental factors are all suspected to be involved.

“The onset of cross-gender interests and activities is usually between ages 2 and 4 years, and many parents later report that their child has always had cross-gender interests. Only a small number of children with gender dysphoria will continue to have symptoms in later adolescence or adulthood“.

Many times, the diagnostic criteria reflect psychological distress in children that occurs when parents and others have trouble relating to their child’s gender variance. Transgender people have often been harassed, socially excluded, and subjected to discrimination, abuse, and violence, including murder. These issues can lead to severe psychological distress.

This last half of the blog is going to be triggering for some people. It deals with suicide and murder. If you can, I encourage you to continue reading.

It was stated in a comment last week that many people who are transgender complete suicides. This is true. But instead of blaming the victim, let’s talk about the causes.

Stonewall, located in Britain, gave us these statistics:

“Two in five (41 percent) trans people have been attacked or threatened with
violence in the last 5 years“.

“In the last year alone, two thirds (65 percent) of trans people have been
discriminated against or harassed because of being perceived as trans. Over a
third (35 percent) avoid expressing their gender through physical appearance
for fear of being assaulted, threatened or harassed“.

“Almost three in four (70 percent) trans people avoid certain places and
situations for fear of being assaulted, threatened, or harassed“.

“More than one in four (27 percent) trans young people have attempted to
commit suicide and nine in ten (89 percent) have thought about it. 72 percent
have self-harmed at least once“.

And, the most shocking statistic of all: “More than half (54 percent) of trans people reported that they have been told by their doctor that they don’t know enough about trans-related care to provide it”.

Transgender Day of Remembrance is an annual observance on November 20 that honors the memory of the transgender people whose lives were lost in acts of anti-transgender violence. They report that in 2019, there were 337 people murdered worldwide due to being transgender, 30 of those resided in America.

Many people simply don’t understand that being Transgender isn’t a mental illness. To bring awareness to this misunderstanding, an International Day of Transgender Visibility was created.

While America may be behind the curve, other countries like Iran (yes, Iran), India, Denmark, Argentina, and Malta, have all established sex-change operations as a “right“ and cover the procedures. The Native Americans refer to transgender people as “Two Spirit“. The term takes its inspiration from terminology in the Ojibwe language for men who filled women’s roles in society or women who took on men’s roles.

Below is a short video that explains the science of being Transgender. It’s informative and worth your time.

If you found this blog to be informative or just a relaxing way to waste time, please do me a favor and share it on your Facebook page? To share, just click on the Facebook icon located right below this paragraph. Much appreciated