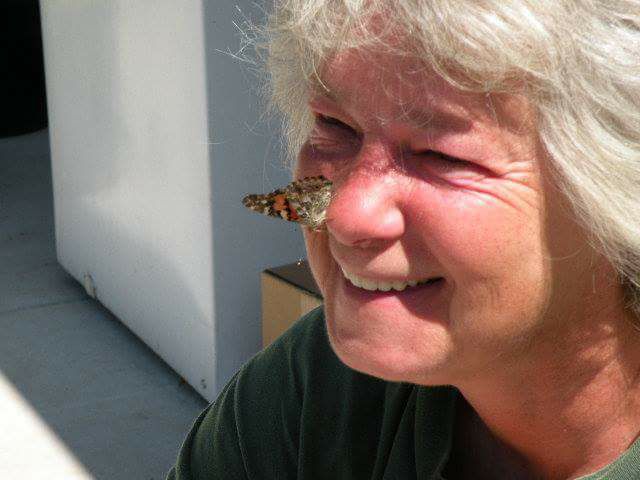 A Cup of Coffee – My Sister Had a Heart Attack

Welcome back! Last week, we discussed Gender Dysphoria. If you missed that blog and would like to catch up, click HERE.

This week, we talk about a subject that recently hit too close to home. Heart attacks. You may think you know everything there is to know about heart attacks, but after telling her story on social media, my sister found out that actually, no, most people don’t know the less common signs of a serious cardiac event.

The day was like any other. My husband and I were out delivering masks when the call came in. It was my sister’s partner, out of breath, telling me “It’s Jan…I don’t know what’s wrong and I’ve called an ambulance“. My stomach turned and knotted. Having just lost my dad one year ago this month, I wasn’t ready for another funeral.

We were close to her house, so we arrived before the ambulance had loaded her up for the trip to the ER. She looked gray. The same color as my dad when he had his first heart attack, so many years ago.

As they wheeled her past me, I heard her telling them she wanted her sister, Linda. I wanted to reach out and say, “I’m here“, but I also didn’t want them to pause the stretcher…not for one second. It occurred to me at that moment that because of COVID19, this could easily be the last time I would ever see her.

I turned to the EMT and asked, “Is it her heart?“. He told us the EKG was fine, blood pressure was fine, “probably just dehydrated“. How wrong he would turn out to be.

My sister lives in rural Molalla Oregon, on a piece of land that is heavily wooded, with a creek running through it. She and her partner value their privacy. The only problem with rural living is there are no hospitals close by. The closest ER was 24 miles from her home, and that drive would take 40 minutes.

The closest rural hospital is usually (but not always) not the best choice for whatever ails you, and that’s the hospital she was transported to. She needed a cath lab and this hospital didn’t have one. A Cath lab is an examination room in a hospital or clinic with diagnostic imaging equipment used to visualize the arteries of the heart and the chambers of the heart and treat any stenosis or abnormality found.

Once she arrived at the hospital, her heart was again hooked up to an EKG, and blood pressure was taken. Both normal.

She explained to the doctor what had happened that day. She had been planting flowers and had what she thought was heartburn. She went into the house to get some medicine for it and suddenly became very weak. She laid down on her bed and began to experience heavy sweating. “I soaked my shirt” she would later tell us. Unable to move and barely able to speak due to weakness, she asked her partner to call an ambulance.

Her attending physician in the ER listened to her story, and then sent in a technician to get a blood draw. He was checking for elevated Troponin levels, an indicator that she may have had a heart attack. At this point, the doctor called me and explained that they would need to keep her several more hours and draw the Troponin again. If it had gone up then she would need to be transported to another hospital. The particular hospital he spoke of would have been 39 miles from her home and approximately a one hour drive.

I hung up the phone and sat in my kitchen in the dark. I was reviewing all the reasons why my sister wasn’t having a heart attack right now. “She eats healthy. She never goes out; only works hard on her property. She’s strong. She’s not a type-A personality. She lives with someone she adores”.

And then, in the back of my mind, a tiny voice said, “but she smokes“. Could that be the only factor creating this nightmare?

I got the call around midnight. She indeed was experiencing a cardiac event. They allowed me to speak to her on the phone. We were both in shock. I asked to be notified when the transport was completed. This wouldn’t happen until 4:30am due to recent COVID19 layoffs and lack of available ambulances.

The next morning, a nurse called me and said that they had done an ultrasound of her heart, and it was critical that she go straight to the cath lab. This was serious. There wasn’t even time for us to talk before they took her. It would end up being a 100% block of an artery with several others partially blocked at 80%, 70%, and 50%. A stent was put in, new medications ordered, a warning to stop smoking, and she was on her way home after 36 hours in the hospital.

Although she is still weak from the experience, she is alive. I have to wonder how many people would have called an ambulance as quickly as she did, potentially saving her life. Those symptoms were so vague that any of us could have experienced them. It was a 75-degree day, and heat exhaustion and/or dehydration would have been my pick off the menu of Dr. Google.

She posted her experience on social media, and several days later I got a private message. It was a woman who said she had read my sister’s post, and shared her own experience: “Hi Linda, we’ve never met but I recently became a member of ‘Canby Central’ and the first post I happened to read was a post you shared about your sister Jan’s heart attack. I read the post all the way through and thought ‘wow what a story, what weird symptoms’ fast forward to 3 nights ago. I was home feeling off but NOT sick in any way just off. I brushed it off to just being tired. I then had a weird pain in my shoulder blade and a bell went off in my head, I recalled what your sister had written. I went to urgent care and while no, I was not having an active heart attack I was diagnosed with extremely high blood pressure and was put on medication immediately. I was told it was a good thing I came in… I’m 51 years old. I thank you and your sister from the bottom of my heart for sharing your story! You made a difference”.

It was after this private message that I realized this week’s blog had to be about this topic.

Would you have called 911 for the kind of symptoms my sister was demonstrating?

We’ve recently encountered another problem with folks having heart attacks.

The American College of Cardiology says that no, people aren’t calling 911, and here’s a new reason why: “Reports from the front lines of hospitals indicate a marked drop in the number of heart attacks and strokes nationally. But, COVID-19 is definitely not stopping people from having heart attacks, strokes, and cardiac arrests. We fear it is stopping people from going to the hospital and that can be devastating.

“You might think a hospital is the last place you should go now. That’s why we – the leaders of major national organizations dedicated to saving people from heart disease and stroke – feel it’s necessary to say this loud and clear:

“Calling 911 immediately is still your best chance of surviving or saving a life.

Please take this next paragraph in the spirit that it is being offered.

Tell the ones you love that you cherish them because you never know when the time will come that the words you speak will be your last, and if you smoke…for the love of all that is good, please consider stopping. It’s not worth your life. Just ask your loved ones.