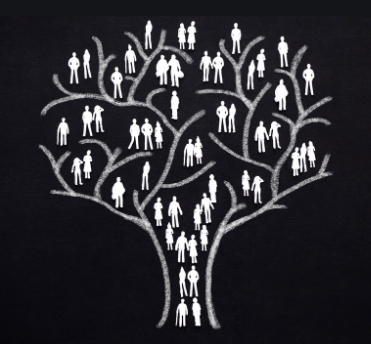 A Cup of Coffee – Luke, I’m Not Your Father…wait, what?

Welcome back! Last week, we talked about compulsive liars, and why children lie. If you missed this blog and would like to catch up, click HERE.

Genealogy. It’s been the topic of fascination for decades. We all want to know where we came from, and who we are. The Church of Latter-Day Saints (LDS) is well known for its research and archives. They painstakingly sift through documents, looking for links to people’s lineage. It’s legitimate research.

Then along came the new DNA fad. Spit into this tube and we will tell you where you came from and who you are related to. Yes, yes, fine…I gave in to the temptation to “know“. Then, after securing my answers, they came out with a new fad. DNA that could tell you what type of medical issues you may be predisposed to. Oy vey. Here I went again, down the rabbit hole.

Once I had my answers in hand, I took my list of possible issues to my doctor, a DO who tolerates me like no other. She agreed to refer me to a geneticist who took my blood and submitted a panel to see what I came up with.

Sometimes my research for this blog takes on a life of its own. I’ve written blogs that took months to complete. This blog was years in the making. Due to the nature of this piece, I’m not going to divulge which company I used for my DNA samples. My experience was my own and does not reflect on the quality of the tests or the companies that sell them.

When I first got my results back on the original DNA test, I was very pleased. They had correctly identified my cousins’ daughter, who had also purchased a test. This gave me hope that the tests were legitimate. I started building my family tree and with each new person that tested, I added one more piece to the puzzle. Life was good. My own father even submitted his DNA for the fun of it, and it really was fun. We found out we are Vikings, hailing from Oslo Norway. I had always fancied myself being a shieldmaiden and here we were! Validated!

After my dad passed away, I signed on to my account and got the shock of a lifetime. My dad had been removed, and some other man was in his spot. What the what, you say? That’s what I said! I spent a week trying to figure out who this man was. We actually did look a lot alike. But really? Did my mom have an affair? Did my dad know about it? I privately reached out to close friends and not one believed it. “It’s a mistake,” they all said. My sister and I fussed over the phone, “how could this be possible?”

Well, long story short, it wasn’t possible. This man turned out to be the grandson of my grandpa’s brother. I’m still not clear if that makes him my Uncle, Cousin, or something else, but it definitely ruled him out as being my father. I let the company know there was a mislabeling of sorts, and put my dad back in his rightful place. Whew. That was exhausting. I don’t recommend it.

Then there was the medical report. I was predisposed to Alzheimer’s and skin cancer, among other things. Both of those markers sounded plausible. Cancer runs heavily in my family on my mama’s side. You either die from a stroke or cancer if you are related to that side.

I took my little report to my doctor, got the referral to genetics due to the strong cancer link, and when the blood tests came back, it showed I had no markers for anything that was listed in my other report. Now granted, they may have only checked for what they medically were able to investigate, but I had no cancer risk factors at all. It’s since been determined that literally, every single cancer victim’s diagnosis in my family was due to environmental factors, not genetics.

As for the stroke issue, it was determined that I have a rare diagnosis of Antiphospholipid antibody syndrome, also known as sticky blood. This made sense. I had my first blood clot before I turned 52, and am now on blood thinners for life because of this test result. It may have saved me an early death, as has been experienced by other family members.

As for the Alzheimers gene, I did some research to that end and found that the government has this to say about that, “Researchers have not found a specific gene that directly causes late-onset Alzheimer’s disease. However, having a genetic variant of the apolipoprotein E (APOE) gene on chromosome 19 does increase a person’s risk.” So okay, I will give them that. They did identify a “risk factor” in my testing.

The overall DNA experience for me was a roller coaster ride. Aside from the “your dad isn’t your dad” debacle, I was very pleased with the genetics test that revealed my ancestors. I found family members on my dad’s side that he thought had long passed away. My cousin Kent was one such discovery and a treasure to that end. I only got to know him for a year before he passed from cancer, but a year was better than never.

If you are considering taking the medical DNA test, then I will leave you with this warning from Harvard Medical School, “Genetic testing suggests the possibility of an approach to health care in which risk reduction and treatment are individually tailored. But buyer beware: while most scientists agree that the age of personalized medicine is on the horizon, many doubt that it’s as close as the test-kit promotions would have you believe.

“Your report will be based on incomplete knowledge. Your risk for conditions like heart disease, diabetes, and cancer depends on complex interactions between genes and lifestyle factors. Even diseases caused by a single gene, such as cystic fibrosis, are influenced by other genes that can affect, for example, the condition’s severity. Researchers haven’t identified all the genes responsible for these conditions or determined how factors such as diet or exercise influence the expression of those genes. Moreover, in many cases, the gene variations identified by the tests are only slightly associated with risk, or there is little good evidence to support any association.”

So there you have it. I found it to be an interesting experience and would recommend it to others as long as they can take the results with a grain of salt. I often compare it to apps like Grammarly. In using this app, I have found that I overuse commas and underuse hyphens. I’ve also found that the mistakes they catch aren’t always mistakes and the program has its limitations. It’s the same with DNA testing. Consider it to be what it is: Entertainment.