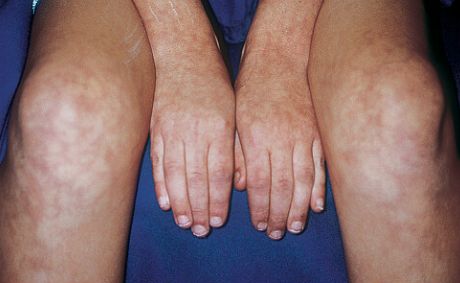 Welcome back! Last week we talked about DNA testing. If you missed that blog and would like to catch up, click HERE.

Some of you reached out after last week’s blog asking for more information about Antiphospholipid Antibody Syndrome. Even though I carry the diagnosis, I had to do some research to study up on it so that I could give you accurate information. The following blog is what I found on the subject.

Antiphospholipid Antibody Syndrome is a mouthful, isn’t it? I much prefer some of it’s other names:

When it comes to the causes of this syndrome, NORD gave us some insight. “The antibodies that are present in APS are known as antiphospholipid antibodies. These antibodies were originally thought to attack phospholipids, fatty molecules that are a normal part of cell membranes found throughout the body. However, researchers now know that these antibodies mostly target certain blood proteins that bind to phospholipids. The two most common proteins affected are beta-2-glycoprotein I and prothrombin. Researchers believe that multiple factors including genetic and environmental factors play a role in the development of APS. In rare cases, APS has run in families suggesting that a genetic predisposition to developing the disorder may exist“.

In my particular case, our family has a long history of blood clots. I have several aunts and cousins who have had clots (or died from clots), my mama had a clot that blinded her in one eye, and the same thing recently happened to my sister. My cousin died from a suspected clot at the age of 52. He complained of a headache, went down to his basement to play his guitar, and died.

Only a couple of months before his death, I experienced severe pain in my left thigh while working. My coworker insisted I go to the ER and her quick thinking may have saved my life. I had a clot (at 52 years of age) and according to the ER doctor, it was poised to go up into my lungs. This is referred to as a pulmonary embolism. Pulmonary embolism may cause breathlessness, sudden pain in the chest, exhaustion, high blood pressure of the pulmonary arteries, or sudden death.

While clots are the single most common expression of this syndrome, it also comes with other less recognized symptoms such as:

As many as one-third of cases of stroke in people under 50 years of age may be due to APS. That’s a number I don’t care to challenge. While taking a blood thinner for life is somewhat of a hassle, the consequences of not taking the medication outweigh the inconveniences. To go off of the Warfarin is to take a very large gamble, and to date, I’ve never had any luck at the casinos. It’s best to comply.

If you or someone you know has a history of strokes in their family, I urge you to contact your PCP to talk about getting a blood test. My PCP, who is also a DO, went to a lecture on this topic so she could better attend to my needs. She found out that they are now thinking this syndrome is more common than previously recorded, so it’s worth the blood test to get answers. At the very least, you would rule out one more possibility. Either way, I wish you love and health.