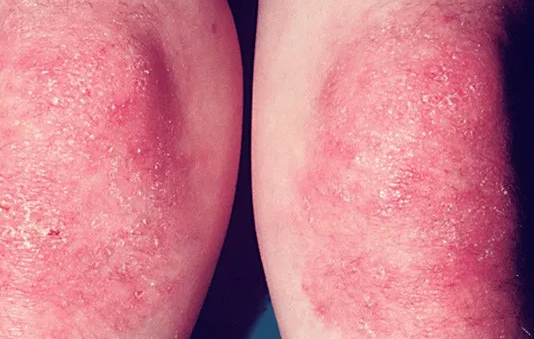 A Cup of Coffee -Dermatomyositis

Welcome back! Last week we talked about the horrible ice storm in Oregon. If you missed that blog and would like to catch up, click HERE.

This week, we resume our series on rare diseases, disorders, and syndromes. Someone recently asked me what the difference is between these three terms, and I didn’t know. I decided to look them up and share that with you this week.

A Disease is classified as any harmful deviation from the normal structural or functional state of an organism, generally associated with certain signs and symptoms and differing in nature from physical injury. A diseased organism commonly exhibits signs or symptoms indicative of its abnormal state.

A Disorder is classified as an irregularity, disturbance, or interruption of normal functions.

A Syndrome is classified as a group of symptoms that consistently occur together, or a condition characterized by a set of associated symptoms.

So to sum that up Disease vs Disorder vs Syndrome = A disease is a pathophysiological response to internal or external factors. A disorder is a disruption to regular bodily structure and function. A syndrome is a collection of signs and symptoms associated with a specific health-related cause.

Okay, now that we’ve solved that problem, let’s move on to our rare disease this week, shall we?

I received a very nice email from a dear reader this week, who told me a story about her child who was diagnosed with Dermatomyositis. Dermatomyositis is a rare inflammatory disease.  In telling me her story, I was struck by one thing: a wonderful outcome. She said, “Our son received excellent care and, by age 18, was deemed disease-free. He has scars and large knots in his fingers, but he’s otherwise healthy, a dad, a musician, a teacher, and still an awesome kid. He went through so much, but we all came out stronger, more empathetic, and aware of others in need“.

This is a story of hope. So if you, or someone you love, carry this diagnosis, hold on because there is hope. Please hear that first.

Now, let’s dig into this disease. We know it’s inflammatory in nature, but what are the symptoms? How would I know if my child had this disease?

In most cases, the first symptom is a distinctive skin rash on the face, eyelids, chest, nail cuticle areas, knuckles, knees or elbows. The rash is patchy and usually a bluish-purple color.

You may also have muscle weakness that gets worse over weeks or months. This muscle weakness usually starts in your neck, arms, or hips and can be felt on both sides of your body.

The exact cause of dermatomyositis isn’t known, but it has many similarities to an autoimmune disease. An autoimmune disease occurs when your body’s disease-fighting cells, called antibodies, attack your healthy cells. Having a compromised immune system may also contribute to getting the disease. For example, having a viral infection or cancer may compromise your immune system and lead to the development of dermatomyositis.

WHO CAN GET THIS DISEASE?

HOW IS IT DIAGNOSED?

Your doctor may order:

Treatment can involve prescription drugs such as Prednisone.

While effective, Corticosteroids, especially in high doses, shouldn’t be used for extended periods of time because of their potential side effects. Your doctor will most likely start you on a high dose and then gradually lower it. Some people can eventually stop taking corticosteroids completely if their symptoms go away and stay away after stopping the medication.

If corticosteroids alone don’t improve your symptoms, your doctor might prescribe other medications to suppress your immune system.

If you have dermatomyositis, your body is producing antibodies that target your skin and muscles. Intravenous immunoglobulin (IVIG) uses healthy antibodies to block these antibodies. IVIG consists of a mixture of antibodies that have been collected from thousands of healthy people who have donated their blood. These antibodies are given to you through an IV.

The list of possible complications can sound pretty scary. This is the part where I remind you of the positive outcome posted at the beginning of this blog. Never give up hope for a better tomorrow. Now let’s peruse those POSSIBLE complications:

The muscle weakness and skin problems linked with dermatomyositis can cause a number of problems. Some common complications are:

Dermatomyositis can also be associated with conditions such as:

If you have read this blog and believe that you or someone you know may have this disease, please reach out to your primary care physician. This blog is not a replacement for sound medical advice, and many symptoms overlap other diseases, disorders, and syndromes. Only a qualified professional can diagnose you.