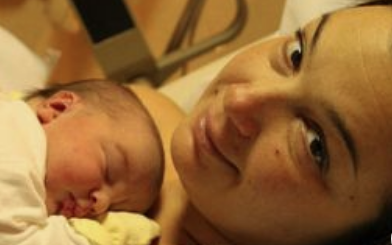 Welcome back! Last week, we talked about Hyperhidrosis (excessive sweating). If you missed that blog and would like to catch up, click HERE.

This week, we are going to talk about a rare disease that has hit close to home. My friend had a grandbaby who was diagnosed with Epidermolysis Bullosa, also known as EB. The butterfly is their symbol, and if you look closely at the logo, it’s an E and a B…together they appear to be a butterfly.

Before we get started, I wanted to clarify that there are several forms of “EB”. Here is the breakdown of the different EB’s, according to the Royal Children’s Hospital Melbourne:

“There are many different forms of EB, and it ranges from a mild to a severe disease. The four main types of classical EB are:

A fate deserved by none…Epidermolysis Bullosa (EB)—”The Worst Disease You’ve Never Heard Of” —is a rare connective tissue disorder with many genetic and symptomatic variations. All forms share the prominent symptom of extremely fragile skin that blisters and tears with any friction.

Giving birth. Adopting a baby. Longing to hold the infant, stroke their skin, gently diapering and changing their clothes, rocking them to sleep, passing them around to family and extended family to hold and to love…

But what if just that very act of touching a baby creates such searing pain that you have to medicate the infant for relief? Can you imagine? Since JEB is so devastating to infants, let’s learn about this variation of EB.

JEB is a devastating and rare disease. Most children born with JEB won’t live to see their first birthday, and virtually all will pass away before their fifth birthday. Very few live into adulthood. A future lost before it’s begun.

So what is this disease and how does it come into creation?

Junctional epidermolysis bullosa (JEB), is recessively inherited and involves mutations in the genes for several components of the junction between the epidermis and dermis such as Laminin 332 (previously known as Laminin 5), plectin, and a6b4integrin. There are two major subtypes, Herlitz JEB and JEB- other (includes non-Herlitz JEB, and JEB with pyloric atresia and several other subtypes).

Junctional Herlitz EB is due to mutations in any of the three Laminin 332 chains and can be a very severe form of EB. Death often occurs during infancy due to overwhelming infection (sepsis), malnutrition, dehydration, electrolyte imbalance, or obstructive airway complications. There is a wide spectrum of JEB- O. Oral cavity involvement and irregular pitting of the surfaces of the teeth is common in all subtypes. Infants presenting with pyloric atresia will have trouble with feeding and abdominal distension as neonates and present as surgical emergencies in the newborn period.

How is it diagnosed?

The American Academy of Dermatology had this information for us:

“If a newborn has blisters or missing skin, it’s essential to find out why. While a child is still in the hospital, a dermatologist or pediatric dermatologist may be consulted. Other conditions aside from (J)EB can cause blistering.

“During this evaluation, you should be prepared to answer questions, such as “Does anyone in your family have (J)EB or blistering skin?”

“After the exam and questioning, your dermatologist will remove a small part of a blister. This sample is called a “skin biopsy.” It will be sent to a lab that has the equipment required to diagnose (J)EB. This testing is required to find out whether a child has (J)EB. A specialized test may be able to determine the type of (J)EB the child has.

“Genetic testing may be also be recommended. This can tell you which genes are causing the (J)EB. For this genetic test, blood needs to be drawn“.

What are the treatments?

Treatment for JEB consists of caring for wounds, managing pain, preventing new injuries, and watching for and treating complications.

There is currently no known cure, but many people are in the process of attempting to raise both money for a cure and awareness around EB and JEB.

Eddie Vedder, lead vocalist, one of three guitarists, and the primary lyricist of the American rock band Pearl Jam, is one of them. Eddie was quoted in this Rolling Stone interview,

“When I first heard about it, it was quite hard to grasp the intensity of the condition,” Vedder says in the above video campaign. “It’s about the most insane skin disorder you could imagine. And when you realize it also affects the internal organs, you see it as diabolical. It’s very hard to describe until you meet the young folks with it, and they make you realize how much you take for granted. You also realize that these are some of the strongest, coolest, most admirable people on the face of the Earth.”

The article goes on to say,

“Individuals with EB often struggle with debilitating pain and infections, treating wounds with intensive bandaging. There is currently no cure for the disease, but doctors at the University of Minnesota are exploring genomic mapping techniques that could be used to fix a child’s DNA before birth – and, if successful, be applied to 5,000 rare diseases and help cure up to 10% of the U.S. population. Vedder says finding a cure is ‘something that not only we can do – we just have to’.

“For more information, and to donate to EBRP, visit the non-profit’s website“.

What else can be done?

debra of America distributes wound care supplies, free of charge, to individuals and families with EB in the United States. Supplies include bandages, dressings, ointments, and more.

What they do: “Every year, 200 children are born with Epidermolysis Bullosa (EB) in the United States. That’s in addition to the approximately 25,000 people already living with EB. While that sounds like a large number of people with the disease, it’s considered rare. Regardless of the numbers, it’s the immense burden of EB that drives the need for a high level of patient support, and why we call EB “the worst disease you’ve never heard of”. People with EB live with constant excruciating physical pain, which is a huge factor for the emotional distress this disease causes. Coping with EB also inflicts tremendous financial challenges to the individuals and families affected.“

“Because the cost of doing nothing is too great” is an axiom that defines our mission and directs all of debra of America’s actions as an organization. We are dedicated to improving the quality of life for all people living with EB.

To achieve this, we do two things in parallel: we provide free programs and services to the EB Community in the United States and fund the most innovative research directed at symptom relief and a systemic cure”.

In researching this subject matter, I found this video. While heartbreaking, I’m reposting it because it has a lot of good information in it. The video itself moves fairly fast, so be ready to hit pause to read the information, as it’s valuable and worth knowing.

Oakley was worth knowing…and remembering.

If you or someone you know appears to have this rare disease, please consult with a doctor. This blog is not a replacement for sound medical advice, and many diseases, disorders, and syndromes have symptoms that overlap. Only a physician can diagnose you. That said, if you think this blog may be helpful to others, please hit the Facebook Icon and share it on your personal pages. Thank you for reading us, we really do appreciate you!