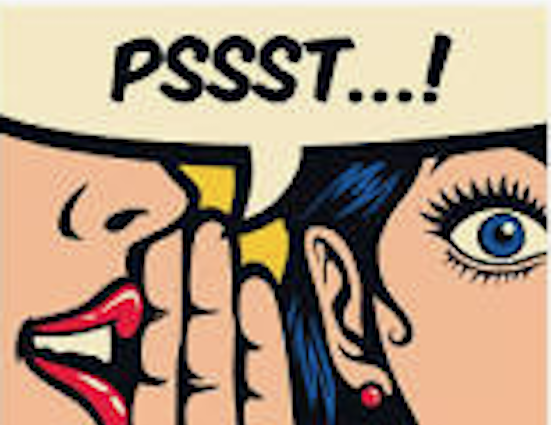 A Cup of Coffee – Did You Hear?

Welcome back! Last week we talked about how the Pandemic has affected our intimacy. If you missed that blog and would like to catch up, click HERE.

We’ve all been there. He said that she said that they said and you have no idea how and why you became the topic of the conversation, correct? Or maybe you’ve been on the talking end. Let’s face it, we’ve all surrendered to that urge to gossip. So why does that happen? We know it’s not ok, and yet…She said that he said that they said that….right? Grab a Cup of Coffee and let’s chat.

Let’s Start With The Why’s

Why do people talk about others when they are not in the room and able to defend themselves? That’s a great question to ask when the office gossip corners you at the water cooler.

The number one reason I’ve noticed that people do this is that they are angry over something the person allegedly did to them, but they don’t want to confront them. It’s much easier to just get even, isn’t it? Do you ever imagine your nemesis, lying in bed at night, smiling at all the damage they caused you that day? It makes you want to throw a throat punch, doesn’t it…especially if what they said about you wasn’t true. Let me help you to rid yourself of those ugly feelings.

“Let’s consider the source“, as my parents used to say when I would come home from grade school, devastated that the most popular girl in school was talking about me.

What Are Some Traits Of Chronic Gossipers?

The first trait is fairly obvious: low self-esteem. They often view their subject as having more popularity than they do, or the potential to have more. The fear of losing their title of queen bee puts them into the passive-aggressive mode of “did you hear” and put-downs, aimed at the subject.

The second trait may be the blame game. They are so used to blaming others for the way that they feel, that they have forgotten they have the same power you have. Nobody can make them feel inferior, abandoned, or less than. When people talk behind your back, it shows that they are struggling. Their own identity and self-confidence is in question, so they deflect by talking about others.

The third trait is attention-seeking behaviors. This will often be associated with a mental health diagnosis such as a personality disorder. The DSM-5 gives us some examples of how this disorder can play out in a relationship. Please keep in mind that gossip alone does not rise to the level of a diagnosis of a personality disorder, and in fact, each of us carries features of each disorder without having the actual diagnosis.

Black-and-White Thinking and Emotion Dysregulation in Borderline Personality Disorder can lead to chaos in relationships. “Suppose the partner of a person with Borderline Personality Disorder fails to remember their anniversary. Black-and-white thinking causes them to conclude, ‘They don’t love me anymore’ and all-or-nothing thinking leads them to (falsely) conclude, ‘If they don’t love me, then they must hate me.'”

Such thoughts would easily lead to some pretty intense emotions on the part of the gossiper, such as feeling rejected, abandoned, sad, and angry. This leads to a powerful impulse to “do something” just so that these feelings will go away. This is when the gossip and false accusations start to happen, and they will go to extreme lengths to align with others so they don’t feel so alone and rejected.

Meanwhile, the partner actually loves their spouse deeply and was simply overwhelmed at work and forgot what day it was.

The last trait can apply to any of us: it’s a bad habit. There’s no ill will involved. If they’ve grown up around people who listen to and share gossip, they’re more likely to cultivate this habit and see nothing wrong with it. If this is the case, then it’s up to you to teach them how you like to be treated. Face it head-on and say, “I heard that you were talking about me in a negative light…are we ok? Do we need to talk about this?“

Often, people who are doing the talking have no idea that when they disclose information, especially if that information doesn’t match the personality of the subject, that the people who are listening to the gossip will often go back to the subject to find out what the problem is/was.

Very little of what comes out of our mouths stays confidential, even when we request it to be so. It’s human nature to talk, and this is why knowing people who can hold a confidence is so special. It’s a rare trait.

What Do I Do When I Find Out Someone Is Talking About Me?

If the gossip is damaging, you will want to go to the people who are most important to you and clarify what was said as being either true or not true…ok, maybe partially true. Own it.

The second response is to literally do nothing. Let their own words echo without a response. Often what they are saying is actually a projection of things they themselves have said. Let their words hang in the air to be examined more closely.

Who’s Listening To This Garbage?!

Gossip doesn’t exist in a vacuum. It needs recipients. If your “friends” are listening to the gossip and even worse, engaging in it as well, then you need better friends.

What Do I Say If My Friend Starts To Gossip About A Mutual Friend?

The first response could be, “Why are you telling me this?”. Let’s face it. If your friend is telling you that your mutual friend said something awful about you, who is that really hurting? You. The gossip that you are willingly listening to is hurting YOU. If you align with this person and lose the other friendship, you are still being impacted. The gossip might not even be true!

Another thing you might try saying is, “You need to talk to them about this. It sounds like you need a heart-to-heart talk”. If they decline, then you know they don’t really want to resolve the issue, they just want to gain your attention and sympathy. At the minimum, it’s unhealthy behavior and at the maximum, it can signal a serious mental health disorder and they should see a doctor.

Don’t We All Gossip?

The short answer is yes. Some pass around all the good things others say about them. Some like to engage in idle chatter about the people you both knew “back in the day“. Some just need to vent, and that’s ok as well. Many problems have been resolved during a good old-fashioned go-around.

Always try and remember these folks weren’t born this way. Something happened to them to create a need to hurt others when they feel hurt. It feels safer to create chaos because a calm environment isn’t what they are used to living in. It feels easier emotionally to end a good thing because they assume it will end eventually and they want to be the one to walk away.

Now What Do I Do?

Life is just too short to engage in the dysfunctional dance of gossip. Don’t allow yourself to get swept into the net. State your mind, then walk away and let it be. Your health will thank you for it. People who have completed suicides have cited, via goodbye letters, being bullied and talked poorly about as the number one reason for ending their own life. Words matter. Your words matter.

If the person you are speaking ill of isn’t in the room to defend themselves, then stop talking. If someone is talking to YOU without that other person in the room, stop the conversation and say, “I don’t feel comfortable talking about them when they aren’t here to give their side of the story…do you want to set up a meeting with the three of us and iron this out?“. If they say no, then that tells you everything you will ever need to know about them.

Have a fantastic week, Dear Reader, and I will see you next time…