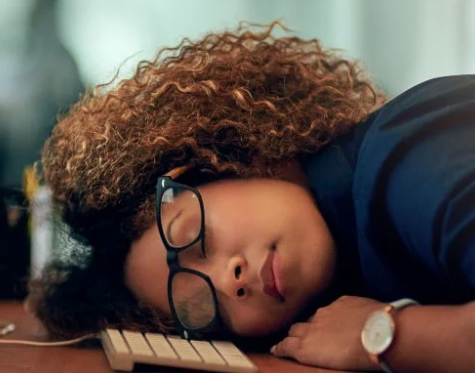 A Cup of Coffee – Is Your Doctor Getting Enough Sleep? Are You?

Welcome back! Last week we talked about the top 10 public health concerns both globally and in the USA. If you missed that blog and would like to catch up, click HERE.

If you know me, you know I love to color in adult coloring books with colored pencils. It helps with anxiety and it’s a great “before bed” activity. Sometimes I color in the middle of the night if I wake up and can’t go back to sleep.

The other night, I was coloring at 2 am. I couldn’t sleep, so I decided to work on a picture. As my eyes grew heavier and heavier, I decided that I would “finish” the picture I was on and then go back to sleep. I remember finishing, looking it over, holding it up to the light to be sure I got all the blank spots, and then once I was satisfied, I slid back into bed and went immediately to sleep.

So what’s the problem, you might ask? When I got up the next day, I saw that I had not only missed numerous spots (some very large), but I colored outside of the lines, and in my sequences, the colors were all wrong. Instead of red, blue, orange, it was red, red, orange blue.

This got me thinking…is this the level that doctors operate at when they are tired? What about airline pilots? Police and firefighters? What about graveyard workers, who have to drive home after a shift? These thoughts were both scary and intriguing, so this week I researched all those questions.

Let’s grab a cup of coffee and have a chat.

In December of 2020, an article was written by Mickey Trockel, MD, PhD. In his article, he states:

“Sleep deprivation in physicians is linked to serious medical errors that result in patient harm. Even moderate sleep loss raises the risk by 53%, new research suggests.

A survey of staff physicians and trainees shows that the level of sleep-related impairment was high overall and was higher among trainees. The highest rate was among surgical residents and fellows“.

The study Dr. Trockel is referring to was published online on December 7 in JAMA Network Open. The survey was conducted between November 2016 and October 2018 and revealed a serious need for changes in training.

I don’t know about you, dear readers, but a 53% error rate is a tad scary. It’s also a flunking grade if they were being tested on paper, right?

As if that weren’t horrifying enough, the study goes on to say, “In a model adjusting for gender, training status, practice specialty, and burnout, moderate, high, and very high sleep-related impairment were associated with 53%, 96%, and 97% greater odds of self-reported clinically significant medical error, respectively, compared with low sleep-related impairment”. Yikes.

Can You Catch Up On Lost Sleep?

So what about catching up on sleep? Can one ever really make up the sleep loss to create a normal rhythm again? Healthline had this to say about that, “Catching up on a missed night of sleep isn’t quite the same as getting the sleep you need in the first place. When you catch up, it takes extra time for your body to recover. According to a study from 2016Trusted Source, it takes four days to fully recover from one hour of lost sleep”.

FOUR DAYS equals ONE HOUR of lost sleep. WOW. This may be why many are so affected by the Daylight Savings Time we endure twice a year.

What about our shift workers? Many of us have worked a grave shift in our careers. WebMD tells us that shift work isn’t the best for our bodies. “There is strong evidence that shift work is related to a number of serious health conditions, like cardiovascular disease, diabetes, and obesity,” says Frank Scheer PhD, a neuroscientist at Harvard Medical School and Brigham and Women’s Hospital in Boston. “These differences we’re seeing can’t just be explained by lifestyle or socioeconomic status.”

Shift work is also linked to stomach problems and ulcers, depression, and an increased risk of accidents or injury.

Lexipol tells us that, “Nearly 80 percent of law enforcement officers have experienced an on-the-job ‘near-miss’ event that they attribute at least in part to sleep deprivation or fatigue.

That’s according to a recent Lexipol webinar exploring the impact of fatigue on law enforcement officers and agencies. Only 8 percent of respondents said fatigue had not contributed to a near-miss.

Dr. Lois James and Dr. Stephen James, professors at the Washington State University Sleep and Performance Research Center, study how sleep disruption due to shift work leads to operational performance issues. Along with Lexipol’s Gordon Graham, they presented the webinar, which is now available on demand.

The presenters identify five areas where being tired can have a dangerous impact on public safety personnel:

1. Decision-making. Fatigue makes it more difficult to deal with complex and stressful situations—exactly the type of situation that public safety personnel faces every day.

2. Perception. Being tired narrows perception, reducing our ability to put stimuli into context. We become less able to understand what’s going on around us and react appropriately. This can be especially dangerous for law enforcement officers reacting to aggressive or hostile subjects. “[Fatigue] reduces their ability to actually put into practice what we’ve trained them to do with regard to procedural justice,” Dr. Stephen James says.

3. Motor skills. Studies have demonstrated lack of sleep affects alertness and response time, which can be devastating in public safety, especially while driving. Dr. James notes that 50 percent of police officers report having fallen asleep while driving.

4. Mental and emotional wellbeing. Fatigue can lead to increased anxiety, fearfulness, irritability, and hostility, which in turn can lead to conflict at home and in the workplace.

5. Increased risk for serious health issues. Much public safety personnel experiences a lack of sleep over long periods, even over their entire career. Dr. James explained that chronic lack of sleep can lead to many serious health conditions, ranging from certain cancers to cardiovascular disease, obesity, and sleep disorders.

That’s a lot for every police department to think about.

Taking A Flight Out Of Town Soon?

You better hope your pilot got some good sleep.

Aeronautics tells us that

Are You Driving When You Are Too Tired?

According to Science Daily, “An estimated seven percent of all motor vehicle crashes in the U.S. and 16 percent of fatal crashes involve driver drowsiness”.

So there you have it, Dear Reader.  I think sleep is clearly a very important part of our make up, and those that attempt to function on little to no sleep are literally taking other people’s lives (and deaths) into their own hands.