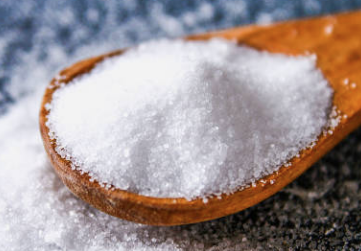 A Cup of Coffee – Shocking Information About Salt

This week, we are going to talk about salt. How much is too much? Does your salt have iodine in it? What are the symptoms of low iodine? Which fast food outlets have high salt amounts in their food? This is the week we find out, so grab a cup of coffee and let’s have a chat.

Salt. Many either love it or hate it. Most of us don’t even think about how much we are putting into our bodies on a daily basis, am I right? Maybe we should…

Iodine. Why is it important?

Micronutrients, such as iodine, are types of nutrients that people need in small amounts. Iodine is important for a person’s thyroid to function normally. (The thyroid is a gland in the neck that makes key hormones.) It is found in small amounts in other foods, including saltwater fish, seaweed, shellfish, yogurt, milk, eggs, cheese, and a handful of other edibles. If a person doesn’t consume enough iodine, they can become iodine deficient. The lack of this micronutrient can cause different medical problems (usually due to hypothyroidism caused by a thyroid that does not make enough hormones). These conditions include goiter (a visible swelling of the thyroid) as well as serious birth defects. In fact, iodine deficiency is the most common preventable cause of intellectual disability.

Since the 1980s there have been efforts to have universal salt iodization. Most table salts have iodine added to them, but be sure to read your labels. Not all have the recommended daily allowance. Pink salt, sea salt, all have trace amounts, but unless fortified, they don’t have the amount you need.

How much salt do we need?

The FDA has this to say about our salt intake, “Sodium is an essential nutrient and is needed by the body in relatively small amounts(provided that substantial sweating does not occur) to maintain a balance of body fluids and keep muscles and nerves running smoothly. However, most Americans eat too much of it—and they may not even know it.

“Americans eat on average about 3,400 mg of sodium per day. However, the Dietary Guidelines for Americans recommends adults limit sodium intake to less than 2,300 mg per day—that’s equal to about 1 teaspoon of table salt! For children under age 14, recommended limits are even lower”.

Most of us have done it. It’s been a long day, and your child is hungry and not happy, so we buy them a Happy Meal at McDonald’s. Occasionally, maybe that’s ok for most folks, but understand that a regular diet of fast food is going to lead to problems down the road, obesity being just one of them.

There is 680mg of salt in a happy meal. Now, to be fair, they have worked really hard to limit that amount by taking out fries and offering apples, for instance, but at the end of the day, that’s still a lot of salt.

According to the American College of Healthcare Sciences, even when we think we are eating healthy, we aren’t. Baja Fresh…the popular choice for healthy fast food, right? So wrong. “Only 8 of their 23 burritos contain less than 2,000mg of sodium. Out of that 8, only 2 are below 1,800. Even their grilled veggie burrito has 1,880mg. They tout 17 fajita options, but the lowest contains 1,970mg and the highest contains 3,450mg”.

WOW. Seriously? But wait, the shock continues…how about Subway Sandwiches? “18 of their 6-inch sandwiches with ‘9-grain wheat bread, lettuce, tomatoes, onions, green peppers, and cucumbers’ contain over 1,000mg of sodium. That doesn’t include any of their sauce options. Add the Southwest sauce and that’s another 220mg. Choose the Red Wine Vinaigrette and that’s an additional 340mg. Add cheese and that can be up to an additional 200mg. One 6-inch sandwich can quickly add up to 1,550mg or more. Craving that foot-long? That will cost you 3,100mg of sodium!”

If you have swollen ankles, Subway is not for you.

Pizza Hut: “One slice of the ‘Meat Lovers’ or ‘Peperoni Lovers’ pizza from their ’14-inch Large Thin ‘N Crispy Pizza’ contains a whopping 1,180mg of sodium! Most people I know don’t limit themselves to ONE slice. If you have two slices, you’ve consumed 102% of your recommended tolerable upper intake level of sodium in one meal”.

Taco Bell…ahhhh, Taco Bell. The 4th meal (because Americans weren’t obese enough on just three meals a day). My town loves its Taco Bell. There were riots in the streets (ok, maybe not the streets but on local social media sites) when our local Taco Bell was remodeled. The sad truth? “Only FOUR of their 23 burritos contain under 1,000mg of sodium and 6 contain over 2,000mg”. Shocking? Probably not so much. Know before you order.

Now we come back around to McD’s again. “The worst offender on the McDonald’s menu is the ‘Big Breakfast with Hotcakes and Egg Whites (Large Biscuit)’ at 2,290mg of sodium”.

So who cares? Why does any of this matter?

This is in your control. You can change the course of your lives by limiting your salt intake. I would like to think that the fast-food restaurants would care enough about their customers to use less salt, but that wouldn’t be as tasty and we wouldn’t be buying as much food as we currently do if they did so. Your health isn’t their concern, money is.

Even food that appears to be healthy, such as the Terriyaki Chicken Bowl at Jack in the Box, has 2,000 mg of salt! Starbucks Turkey and Swiss sandwiches have 1,140 mg of sodium. Wendy’s Baja Salad has 1,975 mg of sodium.

Is eating at home the better option? Not necessarily!

While you can get a lot further avoiding sodium by eating at home, please realize that store-bought processed food isn’t much better. For example, a homemade Chef Salad made from fresh diced turkey & ham, romaine & field greens, hardwood smoked bacon, asiago cheese & grape tomatoes is a whopping 1,310 mg! Have mercy.

I looked long and hard at the answer to this question this week. I found a really good website that not only gives you options, but also the recipes to go with those options. For cooking at home, go to Low Sodium Recipes from the Mayo Clinic.

For low sodium fast food options, I found a good list on Eat This Not That. Most of the fast-food restaurants listed above have low sodium options.

Five ways to lower your sodium

I will leave you with five tips:

So there you have it, Dear Reader.  It may be time to rethink our salt intake. I know my home will be harshly reevaluating our intake amounts in the near future. Like tomorrow.