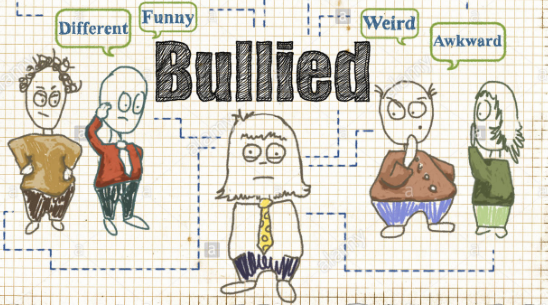 A Cup of Coffee – When Adults Bully Children Online

Welcome back! Last week, we talked about Screen Time. When is enough actually enough? If you missed that blog and would like to catch up, click HERE.

This week, we are going to talk about Bullies. Now, normally, when we think of bullies, we think of children that bully other children…but what about adults that bully children? Why does this happen? I did some research and we have some things to consider, so grab A Cup of Coffee and let’s chat…

When my kids were three and four years old, they made friends with a child in the neighborhood who, according to the other older kids, was “too feminine“. This little boy was out riding his bike in front of our house. My window was open as I folded clothes and my little ones played on the front lawn. All of a sudden, I heard a ruckus and the pained voice of my son yelling, “Mommy!!! HELP!!! HELP!!! Help us, mommy!!“. Panic-stricken, I dropped my laundry and ran outside to find this little boy on the ground next to his bike, the neighborhood kids throwing rocks at him, and my two kids lying across his body, taking the hits for him so he wouldn’t get stoned.

Needless to say, the offenders were rounded up and marched home as I explained to their folks what had just happened. Every single parent cussed me out and slammed the door in my face.

I went home, and my kids and I had a family meeting, something that happened in our home whenever there was a serious subject at hand. They didn’t understand how a group of kids could be so mean, and frankly, I didn’t understand why their parents supported those behaviors. This child was different from them, therefore it was ok to stone him? What? It was very difficult for me to accept the fact that my three and four-year-old children had more compassion than grown men and women. I wanted to believe that this was just a “one-off” and that normally this isn’t the case at all.

Unfortunately, it wasn’t and isn’t. Grown men and women engage in bullying children all the time.

Let’s start there. What defines being bullied? The CDC says bullying, “includes three characteristics: intentional aggression, a power imbalance between aggressor and victim, and repetition of the aggression“.

What Is Considered Aggression?

In order to understand bullying, we need to also define aggression.

Where Do Adults Most Often Bully Children?

Psychology Today reports that “adults can be worse than teenagers when it comes to online harassment, as this major study shows two out of five young adults have been cyberbullied“.

So for every five children in the room, TWO have been bullied online by ADULTS. WOW. This is so disturbing on so many levels. The very people who should be emotionally mature enough to know better, don’t.

A Child’s Brain vs The Adult’s Brain

A brain isn’t fully developed until we are 25 years old. Youth do things they shouldn’t, like skip school, sass their parents when asked to do a chore, and fall victim to peer pressure to steal a tube of mascara from the superstore. They are impulsive and hindsight is always 20/20 with this age group. But after the age of 25, impulsive behavior should decline. Adults should be able to stop themselves from aggressive behaviors. If they can’t, then what does that mean?

If Adults Can’t Stop Themselves From Cyberbullying, What Does That Mean?

There can be numerous different factors that lead to someone becoming a cyberbully.

What Is The Most Used Form Of Adult Cyberbullying?

Apparently, any adult who feels they have to use a child as a weapon or to get some laughs because they feel insecure about themselves. Take this case for an example:

One of the first cases of an adult cyberbullying a child took place recently in Seneca, South Carolina. The incident began when an unnamed six-year-old girl, who appears to be on the heavy side and has some health issues related to her weight, had her picture taken and posted online as a joke. The man who took the picture posted it on his Facebook page with the caption “Honey Boo Boo at Walmart.” The cyberbully in question: Walhalla High School Assistant Principal Charlie Fowler. He was forced to resign as a result of his post.

If you are the administrator of, or member of, a “private” social media group that talks about children in derogatory and demeaning ways, you may have a problem. Just the fact that you have to hide what you are saying is an issue, in and of itself.

If you are confronted about your behavior and get defensive, you may have a problem.

If you use “freedom of speech” as a reason to say it, defend someone else saying it, or taking the “not my circus, not my monkeys” approach, you may have a problem.

Your online behavior should be the best reflection of who you are offline.

If you find yourself saying or doing things online that you would either never do in person, or would be embarrassed to be caught doing, then you need help. Reach out to your doctor today. Children that are bullied by adults are the saddest of all victims. They should be able to trust adults to keep them safe, not attack them, make fun of them, call them names, or worse. Every day in America, children complete suicides and some leave notes citing adult bullying as their reason.

What Do I Do If I See A Youth Being Bullied Online?

“If you receive a mean meme, witness a hurtful comment, or see someone struggling with digital harassment—do something.

So there you have it, Dear Reader. If you see a child being bullied, please advocate for them, and if you can’t help them, at least don’t hurt them by joining in, liking the comment, or ignoring what’s happening. Reporting a post to the social platform is 100% anonymous. Go for it.