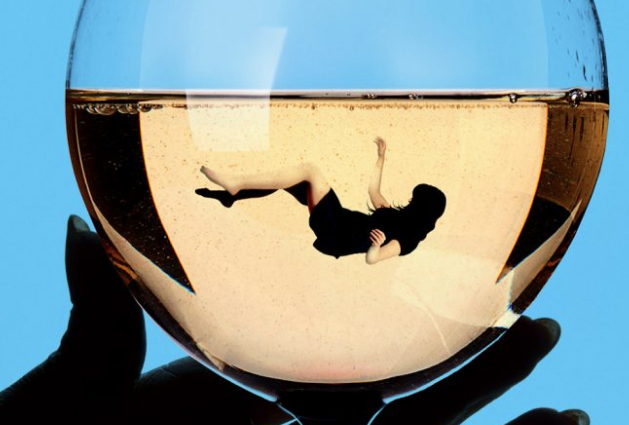 A Cup of Coffee – Are We Drinking Too Much? Nahhhhhh…wellll, maybe?

Welcome back! Last week, we talked about a local child who has been diagnosed with a rare disorder. If you missed this blog and would like to catch up, click HERE. Also, please share that blog if you can…we need a cure.

This week, we are going to chat about alcohol use. Has it gone up since the pandemic? If so, why? Grab a cup of coffee and let’s chat…

According to SAMHSA (Substance Abuse and Mental Health Services Administration), the 2020 National Survey on Drug Use and Health gave us some food for thought.

Who Is Most Likely To Binge Drink?

The profile is as follows: We know that one in six adults will binge drink four times a month. It’s more common in humans aged 18–34 years, but more than half of the total binge drinks are consumed by those aged 35 and older. Men typically binge drink more than women, and if you make $75,000 or more a year and/or have a higher educational level, then you are more likely to fit the profile.

OK, So Why Is This Such A Problem?

Welp, several reasons. Your health is the first and foremost. Take a look at these statistics from the CDC. People who binge drink have more of the following consequences:

My Risks To Take, Right?

MMMMM, Yes and no. Your “risks” cost the average tax-paying human a lot of money. How so?

Drinking too much, including binge drinking, cost the United States $249 billion in 2010, or $2.05 a drink. These costs resulted from losses in workplace productivity, health care expenditures, criminal justice costs, and other expenses. Binge drinking was responsible for 77% of these costs, or $191 billion. That’s a lot.

It’s Just a Number…I Don’t Get It

Let’s break it down, shall we? Research Maniacs can help us out!

Living: If you could live for 191 billion minutes, you would live until you were 363,394 years old

So Let’s Get Back To Our Original Question…

Has our drinking become more severe due to the pandemic? Let’s check in with Boston University for some hard-to-take answers. (photo credit to the Bostonia)

“Thanks to looser restrictions on delivery and open containers, Americans can now get cocktail kits delivered to their doors or sip wine on a café sidewalk. All but three states gave liquor stores a lockdown exemption, many classifying the businesses—along with grocery stores and pharmacies—as a COVID-19 essential service.

“In a year packed with bad days, that easier access to alcohol has caused drinking rates—particularly among women, African Americans, and parents—to spike. And the numbers were already pretty grim.

“Before COVID-19, more than 25 percent of American adults admitted binge drinking, according to the National Survey on Drug Use and Health. In the first few weeks of lockdowns, alcohol sales jumped 54 percent over the previous year. A September 2020 study in JAMA Network Open found alcohol consumption was up by 14 percent compared to 2019.

So What Does This Mean?

“If a couple has gone from sharing a bottle of wine once a week over a couple of dinners to now having a box of wine they buy once a week and have with dinner every night, that is a very significant change in drinking pattern, which brings with it different risks—both biological and social—than occasional weekend drinking,” says David Jernigan, a School of Public Health professor of health law, policy, and management. He says that if states don’t roll back the lighter regulations initiated during lockdowns, it’ll be easier for those new patterns to take root. “And then there is the matter of the messages sent out around alcohol during the pandemic: that it is ‘essential,’ that we have some kind of right to be able to buy it, and that drinking is a valid means of coping. Drinking to deal with stress or depression or other psychological problems is poor coping behavior. Alcohol is a depressant.”

“Alcohol is not good for your body either. Even moderate drinking increases the risk of high blood pressure, stroke, heart disease, cancer, and liver disease. (Most people with alcohol-related ailments are not alcohol-dependent.) Every year, close to 100,000 Americans dies of alcohol-related causes, whether from slow-burning diseases or split-second car crashes, making it the third biggest cause of preventable deaths: only tobacco and poor diet or lack of exercise beat it.

“Alcohol is our favorite drug,” says Jernigan. “It’s also the drug of choice for people who write the laws. Alcohol is like wallpaper in our society: it’s so prevalent, people stop noticing it’s there.”

“Many people in the health professions drink alcohol, and so it’s regarded as inherently less of a red flag in someone’s medical record,” says Miriam Komaromy, medical director of the Grayken Center for Addiction at Boston Medical Center (BMC), the teaching hospital of the BU School of Medicine. She says that attitude extends to medical education and treatment: alcohol use isn’t always approached with the same rigor and seriousness as other diseases.

“You have many physicians currently in practice, and even in training now, who don’t have a sense that this is part of what they’re supposed to be doing and are not trained to address it,” says Richard Saitz, an addiction medicine specialist.

“Think about those drinking questions you’re asked during your annual physical—they have the potential to be a great prevention tool but are often left to an assistant or even a preappointment survey.

“Alcohol use or unhealthy alcohol use is a health risk and a health condition,” says Saitz (CAS’87, MED’87), an SPH professor and chair of community health sciences. For the past 20 years, he’s helped run a National Institutes of Health-funded physician training program with the goal of making evidence-based alcohol use prevention and treatment a central part of healthcare, which it is at BU and BMC. “Alcohol use disorder needs to be addressed just like other health conditions,” he says.

There you have it, Dear Readers. I hope this helped you in some small way, either by educating you or encouraging you to rethink your habits. We all have them…