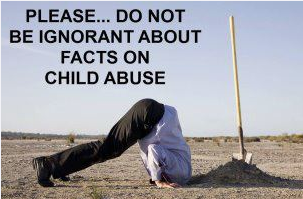 A Cup of Coffee – Give Your Child A Fighting Chance

This week, let us talk about secrets as they pertain to our children, and how we can help them understand that “secrets” have categories, without getting too deep in the weeds regarding the ugly details. According to Pubmed, child abuse is hitting epidemic proportions in the United States. Let’s chat…

Well, for purposes of this particular blog, we are going to call a secret a way to manipulate a child into believing that they have something “special” with an adult that cannot be shared with anyone else. These secrets involve abuse of innocence, and there are ways to protect our tiniest of humans without telling them more than they are ready to hear.

How Do We Protect Them? They Know So Few Words…

Your child may not be able to recite the dictionary, but they can still understand words and concepts. There are many words we can teach them to prepare them for the world, ahead of the need to use them. Start as young as you can, teaching them these options to the word “secret”.

The first word to work on is relearning how to say the word surprise. A surprise is a secret that is kept for say, a birthday party that you don’t want mommy to know about, or a special Christmas present you bought daddy for under the tree. Taking a sibling to Disneyland for their graduation or buying a puppy for grandpa are all “secrets” that are actually surprises, not secrets.

Tell them, “We have a surprise for grandpa, so don’t tell him or it will ruin the surprise”.

Surprises are short-term. Everyone eventually learns of the surprise, and then everyone is happy (hopefully, lol).

As the child grows, they may have a friend who confides in them, and this type of “secret” is ok as well. After all, one doesn’t repeat a confidence or they have damaged their integrity, right?

You can tell them that “A confidence is something someone tells you about themselves. It is their personal business and they expect you to not tell others what they say. It is their story to tell, not yours to repeat”.

The older the child gets, you can then explain that if that confidential information involves abuse, they should always tell a trusted adult because their friend needs help.

Not Everyone Will Understand

It’s important to tell your family, friends, teachers, and coworkers (if they interact with your children) how your family views the word “secret”.

Grandparents may slip up and use the word in a harmless way, and that’s ok. Let your child know that no matter who tells them to keep a secret, they must come to you or another trusted adult, and disclose that secret.

It’s worth ruining a few birthday surprises if need be in order to keep the process on track. While a grandparent may forget and use the word secret, the new neighbor down the street will take advantage of that same word and damage your child in ways that ruining a birthday surprise won’t match.

And…let’s just address the elephant in the room…the grandparent may be using the word secret to manipulate just as the neighbor does. Horrifying to think of, but it does happen.

The Older The Child, The More Information

Telling a child “too much” information is rarely an issue. If they ask questions, answer those questions. You don’t have to give out details but answer the questions.

For example, if your child asks, “Why can’t I use the word secret? My friends do…” You can say, “Because, in our family, we don’t use that word in order to protect you from people who might not be well and would do you harm”. Most children will leave it at that. If they ask for more detail, they are ready for more detail. I know when I was raising my children, and I had to make an unpopular rule, they would ask me why, and I would just say, “Because it’s my job to keep you safe”, and that would be that. No further information was requested and none was offered.

In our family, the children chose the password. That way I knew they’d remember it. It was “hamster”. If anyone came to pick them up, whether it be at school, church, the playground, or home, and they didn’t have the password, then they were instructed to start screaming and run, don’t walk, to an adult.

This was put to the test one day when I was running late from work and I called a family friend to “go grab the kids at school”. I totally forgot the password, and this woman was their Godmother. They did exactly what I asked them to do and the next call I got was from the school, having already activated 911. My friend was not happy, but the alternative would have been worse had it not been a trusted adult picking them up, right?

This Seems Extreme. Is It Really That Serious?

Hard. Cold. Facts. In your town, in our communities, in the USA. These statistics aren’t from other countries. They aren’t global statistics. These are homegrown, all about us, statistics.

While You Were Reading This Blog, Two Children Were Raped. Four Children Were Abused. One Died From That Abuse. One Child Took Their Own Life.

Talk to your children. Please. It really is that serious.

Very well. There are statistics for this too…

The effects of UNTREATED child abuse:

There you have it, Dear Readers. I can only give you the information. It’s up to you to decide what to do with it.

Have a fabulous week, and we’ll see you next Wednesday to share another cup of coffee…