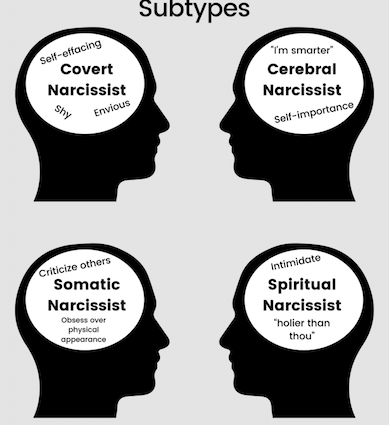 A Cup of Coffee – Oops I did it again

Welcome back! Last week, we talked about musical preferences and how they come about. If you missed that blog and would like to catch up, click HERE.

Have you ever met someone that you liked right away, but then after a couple of years they ended up being your worst nightmare? That special partner that just seems to “get you” but ends up literally trying to get you and hurts you beyond words? The boss who showers you with compliments but the higher you go up the ladder of success the more critical they become of you, eventually turning ice cold and terminating your employment? The friend who ends up not being a friend at all?

Oops I did it again

Yep…me too. In fact, I recently fell for it again, and when I say again, it’s because I’ve fallen for it sooooo many times that it’s embarrassing.

I think many of us have been there, but have no idea how we got there or how to avoid these scenarios in the future. Sometimes we experience these personalities multiple times and each time we swear it will “never happen again” and yet it does.

While I obviously can’t diagnose people, what I can do is give you some tips and clues to remember should this present itself, and believe me, it will. Why do I say that?

Many of the people who we are speaking of have narcissistic tendencies. Narcissistic Personality Disorder is a very real diagnosis and, according to the NCBI, can affect up to 15% of the population. This means that over 49 million Americans live with this diagnosis. If each of these individuals only interacts with five people, that means 245 million people would be impacted. The United States only has 349.5 million people living within its borders. The odds of you being impacted are very, very high.

Let’s try and break things down to make this easier to understand for those who are not in the mental health field.

The DSM includes the following traits to be common for NPD:

A pervasive pattern of grandiosity (fantasy or behavior), need for admiration, and with lack of empathy, beginning by early adulthood, as indicated by at least five of the following:

Now that you recognize the symptoms, can you diagnose them?

In a word, NO. The diagnosis of NPD as other personality disorders requires evaluation of long-term patterns of functioning, so I caution you to not try and diagnose someone based on this blog. There are also other tests besides being evaluated by a mental health professional, such as MRIs and the five-factor narcissism inventory that looks at the five aspects of general personality. There are about 148 questions that are asked on the measure. Another measure that may be useful is the Narcissistic Personality Inventory. None of these instruments used to diagnose can be implemented by friends and family, only by professionals.

According to NCBI, “There has been limited work done on neuroimaging in persons diagnosed with narcissistic personality disorder. A voxel-based morphometry (VBM) study done in Germany with a small sample size showed gray matter abnormalities in the prefrontal and insular regions. Another voxel-based morphometry and diffuse tensor imaging study(DTI) done in Germany showed grey matter abnormalities in the right prefrontal and anterior cingulate cortices. There were abnormalities detected in the white matter of the frontal lobe as well.”

Let’s break down the subtypes

Now let’s talk about subtypes. PSYCOM reports, “When you think of a narcissist, certain people you know may come to mind: case in point, the guy at the gym in the too-tight tank who’s more concerned with how his muscles look in the mirror than actually working out; the co-worker who fills her Insta feed with her face—at every angle. But narcissism isn’t just about looking pretty. There are, in fact, a few different types of narcissists:

#1. The Covert Narcissist (or vulnerable narcissist). Basically the exact opposite of the stereotypical type, instead of craving the spotlight and constant admiration, covert narcissists tend to be shy, self-effacing, hypersensitive to how others perceive them, and chronically envious. They often think their pain or suffering is worse than everyone else’s—and may even believe they’re the ugliest person in the room.

#2. The Cerebral Narcissist. They derive their self-importance from their intellect, believing they’re smarter than everyone else.

#3. The Somatic Narcissist. Somatic narcissists get their self-worth from their bodies. They tend to obsess over physical appearance, including weight and criticize others based on their appearance.

#4. The Spiritual Narcissist. They use religion or spirituality to intimidate or justify harmful behaviors to others that can creep in when an individual takes a “holier than thou” stance, overemphasizing their level of spirituality or closeness to God. Harmful behaviors can happen when, as an example, a church leader claims they had a vision from God about someone else, or that they’re in a “higher” position to use Biblical passages to control, hurt, or shame someone.

“Other types mentioned in NPD research include grandiose, or “overt”—that stereotypical over-the-top, attention-seeking type—and high-functioning, meaning those who may use traits such as competitiveness and exploitation to succeed in a profession or endeavor.

“However, it should be noted that there is a broad spectrum of presentable traits with NPD, each with varying levels of severity, so subtypes should be used as guides rather than hard-and-fast rules.”

Will they seek out treatment?

According to the DSM-5, a person needs to exhibit only 55% of the above traits, symptoms, and behaviors to be considered narcissistic. But nailing down NPD can be a little more complicated.  Since narcissists tend to think there’s nothing wrong with them, they rarely enter treatment.

Is there a pill to fix things?

The NCBI notes that there are no FDA-approved medications for the treatment of NPD, but suggest that many patients may benefit from the treatment of symptoms, including anxiety, depression, mood lability, transient psychosis, and impulse control issues. Antidepressants, including selective serotonin reuptake inhibitors and serotonin-norepinephrine reuptake inhibitors, have been used.

Okay, what about therapy then?

Therapy is complicated and extensive and only those trained to work with this disorder are recommended. While the disorder itself may be difficult to treat, there are often other issues that may very well benefit from therapy, such as addressing addiction issues.

Don’t feel bad. You aren’t the only one. Learn how to cope.

At the end of the day, we may all be impacted by someone with these traits as we progress on this journey called life. Self-care and keeping our own minds strong and clear will go a long way in recognizing when we are being manipulated by someone. Learning to set boundaries without feeling guilty is essential. It’s always advisable to work on the self, not the other, and I speak from personal experience when I say that.