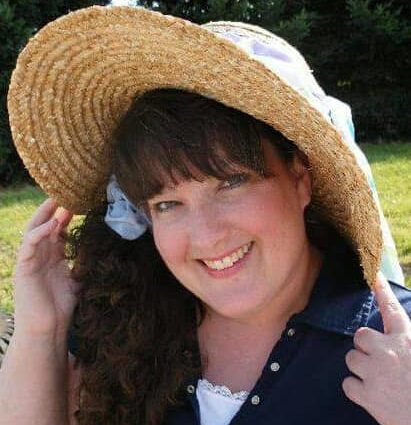 A Cup of Coffee – My husband wants a kilt

Welcome back! Last week, we talked about Oral Allergy Syndrome. If your mouth tingles when you eat raw/uncooked fruits and vegetables, and you missed this blog and would like to catch up, click HERE.

Outlander, the binge has begun

My husband and I like to binge-watch all the television shows that the rest of the world followed week to week, season to season. We wait until the show ends (literally forever) and THEN we watch it in rapid form. I hate to admit it, but we only recently finished Game of Thrones and we are currently into season two of Outlander. Please don’t tell me how it ends in the comments.

For those who haven’t seen it or read the novel, it’s about a woman, a nurse, from the 1940s who accidentally gets thrown into the 1740s via time travel. She is forced to marry a chivalrous and romantic young Scottish warrior, and eventually falls madly in love with him, all the while being married to her “first” husband Frank, who still lives in the future where she left him in 1945. Poor Frank.

My husband wants a kilt

She experiences war in the 1700s, cruel living conditions, assault, and more. With each episode, I became more and more anxious, often leaning on my game of cell phone solitaire to distract me from the blood, guts, hangings, burnings of witches at the stake, and beheadings. My dear husband, on the other hand, suddenly started speaking in a Scottish brogue accent and there was talk about wanting to buy a kilt.

I want a dress that hides my hips

When I let my mind wander, I fancied myself in a wide skirt with petticoats (wouldn’t that hide a number of belly flaws?) and pictured my hands, carefully stitching a soldier’s wounds closed before infection set in.

We are not alike

My husband would shake his fist in the air when the bad guy had to sit on the Karma bus whilst his head rolled away from his body, and I would sigh with relief when it was over. Then, during one episode, it hit me. We are not alike at all.

It made me wonder…is this a male vs female thing? I’ve never really considered myself to be feminine but compared to Brutus lying next to me in bed, I’m definitely not masculine, now am I, and yet I don’t personally subscribe to stereotypes. So what gives? How is it that we fell into those stereotypes without even trying?

Men and women through the ages

It used to be assumed that our roles were not only genetically sealed but reinforced in the home. In the Stone Age, men went off to hunt and women stayed back to gather berries and nurse babies. In the 40s and 50s, women stayed at home and cleaned, baked, and knitted while men earned a living. Men went off to war while women stayed home and kept the fires burning.

Over the years, those roles began to blend, with women working outside the home, some staying single, and others not having children to care for at all. Men started helping more at home because the women were out working to help pay the bills and realize their dreams. Children were no longer seen as being “babysat” by their fathers, rather, being cared for and nurtured by their dads as they started to take on traditionally feminine roles in childrearing.

Along with this shift, there began to be a change in how we determined who was feminine and who was masculine. The standard psychological testing began to incorporate the idea that maybe, just maybe, it didn’t matter who was what and in some cases, people were a mixture of both. Not everyone they tested fell on one side of the fence or the other, leading to the term androgynous being coined.

In other words, it matters more who you are, rather than what you like to do; who you are vs. the role(s) you fill in life. This was groundbreaking! We realized that everyone has a gender identity. It’s a feeling or sense of being male, female, or somewhere in between. Sometimes people’s gender identity matches their bodies, and sometimes it does not.

I was a tomboy

When I was little, my mama would tell me I was a “tomboy”. I enjoyed getting dirty, climbing trees, and would rather wreck my bike into my cousin’s bike than lose the race altogether. I was very “gender fluid” at this point in my life, shifting from masculine to feminine. Since gender identity is internal, one’s gender identity is not necessarily visible to others, and nobody would have known how I felt unless they asked me. On the outside, I appeared to be female.

Some days I felt girly and loved putting on my ballet slippers, and other days, well, I wanted to climb a tree and play football with my cousin and on those days I felt like a boy. Peeing standing up was a legitimate goal. Mind you, these weren’t just activities that I enjoyed. I FELT male or female when I was doing them.

I was never a girl who wore makeup or worried about how my hair looked. When you share your gender identity with the world through clothing, makeup, how you talk, act, and more, this is called “gender expression.” When I would go to a dance, or perform on stage, I would wear makeup, but at home or at school, I would not. My friend once asked me, “don’t you want to be cute?” and my answer was, “no…not really…no”. It had never occurred to me that I wasn’t cute if I didn’t wear makeup and feminine sandals.

Gender roles are now the unspoken rules in our society that say how girls and women, as well as boys and men, are supposed to behave and what their place is in society. Sometimes gender roles can be harmful if they keep people from being who they truly are, or reaching their potential in the workplace.

I still have hay baling arms

What’s important to remember is that people deserve to express themselves in ways that feel right for them and to be respected no matter how they identify, orient, or express themselves. When I was little, I was who I was. Nobody told me it wasn’t ok, except for my schoolmate who suggested a little mascara wouldn’t hurt my cause in looking for a boyfriend. I still have my “hay baling arms” and “shoulders of a linebacker”, I still like to win at all costs, and no, I don’t like the gory scenes in Outlander. I’ll leave those to my husband as he grunts and scratches, and holds my hand during the romantic scenes.

We are all the same, yet different

Everyone is a mixture of both sides of the same coin to a certain degree. Some land more on heads than tails, but we are all the same coin. Allowing people to express themselves has no bearing on how others will express themselves. Me being a little bit on the mixed side of things didn’t prevent my friend from being more on the feminine side of things, and nothing she could have said to me would have made me feel the way she felt. I wasn’t her.

I was me, and that’s perfectly normal and ok. We are all ok, regardless of where we land on the spectrum. Girls, climb those trees, and boys, bake those cookies. Nobody can see inside of you except for you, so be who you are. The rest of us will just have to worry about ourselves and pray for a quick and painless ending to Outlander.