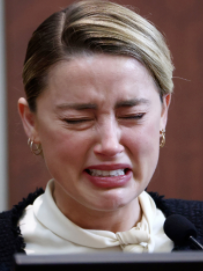 A Cup of Coffee – When Personality Disorders Collide

Welcome back! Last week, we talked about Gout. If you missed that blog and would like to catch up, click HERE.

I think you’d have to live in a remote place with no TV or internet access to not know that there’s been a heck of an explosion on Court TV involving Amber Heard and Johnny Depp. Both are claiming abuse, and while I won’t take a stand either way (I’ll allow the jury to decide the outcome), what I do want to address is the diagnosis of Histrionic Personality Disorder, since it was alleged that Ms. Heard has this diagnosis.

It’s important that we talk about what this is, and what it isn’t, as many are making fun of this woman’s behavior on the stand, when in fact, there are explanations for her behavior, none of which are funny.

Out of all of you who have one of these diagnoses, even fewer will carry both of them.

What is a personality?

A human’s personality is the set of established patterns of behavior by which one relates to and understands the world around them.

What is a personality disorder?

A personality disorder is when one becomes inflexible, and refuses to change one’s views and pattern of thinking and behaving, which significantly impairs social or occupational functioning and can cause interpersonal distress. The person becomes unable to adjust to social norms and fails to demonstrate appropriate adjustment to the environment or situation.

Cluster B personality disorders include:

The personality disorders listed above are commonly described as dramatic, excitable, erratic, or volatile. Many times they are confused with each other as they have symptoms that overlap.

How is Histrionic Personality Disorder “different”

Folks who have been diagnosed with Histrionic personality disorder are typically characterized as flirtatious, seductive, charming, manipulative, impulsive, and lively.

According to Bridges to Recovery, Histrionic personality disorder is one of the least common of these disorders, affecting about 1.8 percent of the population, but that still represents about four million people.

How does one get diagnosed with Histrionic Personality Disorder?

Patterns of thinking and behaving must significantly deviate from cultural norms to meet the diagnostic criteria for this personality disorder.

The National Library of Medicine states that this disorder displays as disturbances with emotion and how those emotions are presented.

Cognition is affected (an inappropriate perception of self, others, or events ), along with

Interpersonal functioning (how you “get along” with others, be it friends, family, coworkers, or intimate partners).

These disturbances are not due to another mental disorder, substance abuse, or other medical condition.

So, to be clear, when one has a diagnosis of Histrionic Personality Disorder, it means that all other causes, such as medical, addictions, or other psychiatric disorders, have already been considered and ruled out.

This is not to say there may be what they call “comorbidity” which means you have another issue along with Histrionic Personality Disorder (Histrionic PD), but that the other diagnosis is not the cause of the behaviors being exhibited.

If that person stopped drinking, they would still have Histrionic PD.

Can you be more specific about symptoms?

Bridges to Recovery believes that an accurate histrionic definition focuses on the distinctive symptoms HPD produces, which include:

Per DSM-5 criteria, a diagnosis of a histrionic personality disorder requires a pervasive and ubiquitous pattern of consistent attention-seeking behaviors and emotional dysregulation as outlined by specific manifestations. Diagnosis requires meeting five (or more) of the following criteria:

Is there a treatment for this disorder?

Yes. While it is unknown what explicitly causes Histrionic personality disorder, it is likely a disorder that is multifactorial in its origin.  The person with the diagnosis would, ideally, seek out therapy and want to change their behavioral patterns in order to decrease the stress in their lives.

Psychodynamic psychotherapy (also called insight-oriented therapy) has also proven to be a successful approach in treating patients with a Histrionic personality disorder. The goal of this therapy is to alter an aspect of a patient’s dysfunctional personality by integrating crucial developmental milestones a patient may have missed during previous stages of emotional maturation. Psychodynamic psychotherapy aims to resolve underlying, unconscious conflicts in an effort for patients to understand themselves and their behaviors better.

Dr. Lim Boon Leng, a psychiatrist at Gleneagles Hospital’s Dr BL Lim Centre for Psychological Wellness states that if a loved one appears to experience the following signs, there is ground to suspect BPD,

A call for empathy

Be kind. You don’t have to agree with her or think her behaviors are justified to be kind.