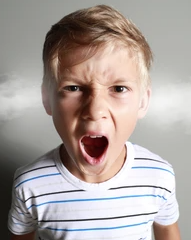 Welcome back! Last week, we talked about an option for gastric bypass surgery. If you missed that blog and would like to catch up, click HERE.

Have you ever known someone who, in your estimation, overreacted to gentle criticism, or “good-natured” teasing? And when I say overreacted, I mean they took it to the next level by having an instantaneous outburst of rage? They may be experiencing Rejection Sensitive Dysphoria, typically (but not always) seen in people who also carry the diagnosis of ADHD.

Rejection Sensitive Dysphoria is a common but under-researched and oft-misunderstood symptom of ADHD, particularly in adults. Let’s talk about what it is, what it isn’t, and how it manifests.

First, let’s talk about the meaning of Dysphoria. The word “dysphoria” comes from an ancient Greek word that describes a strong — if not overwhelming — feeling of pain or discomfort. Webster defines it as “a state of feeling very unhappy, uneasy, or dissatisfied”. The opposite of this word would be Euphoria, “a feeling or state of intense excitement and happiness”.

Symptoms may manifest themselves in depression, anxiety, irritability, and difficulty concentrating.

What is ADHD – Attention-Deficit / Hyperactivity Disorder?

The American Psychiatric Association describes it this way, “ADHD is considered a chronic and debilitating disorder and is known to impact the individual in many aspects of their life including academic and professional achievements, interpersonal relationships, and daily functioning (Harpin, 2005). ADHD can lead to poor self-esteem and social function in children when not appropriately treated (Harpin et al., 2016). Adults with ADHD may experience poor self-worth, sensitivity towards criticism, and increased self-criticism possibly stemming from higher levels of criticism throughout life (Beaton, et al., 2022). Of note, ADHD presentation and assessment in adults differs; this page focuses on children”.

Is Rejection Sensitive Dysphoria Its Own Diagnosis?

No. Rejection Sensitive Dysphoria (RSD) may be an additional symptom of ADHD. Though RSD isn’t an officially recognized symptom or diagnosis, it’s still a term that experts use in connection with recognized conditions.

Don’t most people dislike being rejected or criticized?

RSD and being sensitive to rejection may seem like the same thing, so to understand the difference between the two, we first need to talk about something called “emotional dysregulation”.

What is Emotional Dysregulation?

Our brain has an elaborate network of connections. Each section of our brains has different jobs, with some areas managing memories, emotions, input from our senses, and more. As you get older, your brain learns to regulate those signals, keeping them at manageable levels. Compare it to the volume control on a TV which is used to keep the sound at levels you find comfortable.

Emotional dysregulation happens when your brain can’t properly regulate the signals related to your emotions. The volume of the TV gets raised up to levels we simply cannot tolerate, at least for very long. Without that ability to manage these connections, it’s as if the TV volume control is stuck at a disruptively or painfully high level.

Emotional dysregulation is when your emotions are too loud for you to manage, causing feelings of being overwhelmed, uncomfortable, or even in pain.

Does this only happen with ADHD?

No. Emotional dysregulation can happen with many different conditions, especially those affecting your brain’s structure or how it processes information. It happens commonly with personality disorders, mood disorders, and more.

No, emotional dysregulation happens with both rejection sensitivity and RSD. Dysphoria does not.

People with rejection sensitivity have the following experiences:

People with RSD will experience all of the above, AND describe feeling an intense — if not overwhelming — level of emotional pain (Dysphoria).

What are the symptoms of rejection sensitive dysphoria (RSD)?

The number one symptom of RSD is intense emotional pain. This pain is normally triggered by rejection or disapproval. People who experience RSD often struggle to describe what it feels like because it’s so intense and unlike most other forms of pain (emotional or physical).

Why does this happen?

The Cleveland Clinic reports, “Experts aren’t sure exactly why RSD happens. But they suspect it involves issues with the structure of your brain and that it happens for similar reasons as ADHD. Genetics may also play a role.

“Researchers do know that social rejection — even when it’s vague or uncertain — causes similar brain activity to pain. They also know that the brain of someone with ADHD doesn’t regulate internal communication the same way as the brain of someone without ADHD. The brain areas that filter and regulate signals aren’t as active. This means there’s less of a filter on brain activity.

“This difference in regulating internal communication is why people with ADHD commonly have trouble processing information from their senses. It also makes them prone to feeling overwhelmed by loud noises, bright lights, or sudden changes in what’s happening around them. The brain of someone with ADHD might not be able to regulate the pain-like activity, which would explain why rejection is so much more troubling and painful to someone with RSD”.

How is this diagnosed?

ADDitude tells us “Rejection sensitive dysphoria is not included in the DSM-V for attention deficit hyperactivity disorder (ADHD or ADD); it is not a formal symptom of ADHD in the United States, however emotional dysregulation is one of the six fundamental features used to diagnose ADHD in the European Union.

“It’s widely understood that the diagnostic criteria for ADHD in the DSM-V only fit well with elementary school age children (6-12) and have never been validated in a group of people over the age of 16. They are based on only observational or behavioral criteria that can be seen and counted. The traditional diagnostic criteria intentionally avoid symptoms associated with emotion, thinking styles, relationships, sleeping, etc. because these features are hard to quantify. For clinicians who work with later adolescents and adults, the DSM-V criteria are almost useless because they ignore so much which is vital to understanding how people with an ADHD nervous system experience their lives.

“These obstacles to recognizing RSD/ED as a major and defining characteristic of adult ADHD and to using medications to offer some relief from the disruptions and pain of this feature of ADHD are being rapidly addressed. There has been a rapid increase in available research in a very short period of time. The redefinition of adult ADHD in the EU — adding emotional self-regulation as a fundamental part of the criteria for the diagnosis of ADHD — has further assured that RSD/ED is really ‘a thing’ that cannot be ignored any longer”.

Is there a treatment being used that works?

The ADDitude article continues, “Although the alpha agonist medications, guanfacine, and clonidine, have been FDA-approved for the treatment of ADHD for decades, they were not directly associated with the terms of rejection sensitivity and emotional dysregulation for all of the reasons noted above. Nonetheless, it has been my clinical experience and the experience of others that the symptoms of RSD/ED can be significantly relieved with clonidine and guanfacine in about 60% of adolescents and adults. To me, this observation strongly indicates that RSD is neurological and not something that is due to a lack of skills. Skills do not come in pill form”.

How can I help my loved one who experiences RSD?

Keep in mind what triggers RSD.

Their new mood sweeps in immediately and it matches the individual’s perception of the trigger. Read that again slowly:

It matches the individual’s perception of the trigger.

If these triggered emotions are internalized, the person can instantaneously appear as if they have a full Major Mood Disorder syndrome complete with suicidal thinking.

If the feelings are externalized, they are commonly expressed as rage at the person or situation that wounded them so severely. The moods return to normal very quickly so a person with ADHD can have multiple episodes of mood dysregulation in a single day.

Here are some concrete ways to handle a child who has blown up.

ADDitude to the rescue:

To teachers, friends, family, and extended family. Share this. Read up on this. Strive to understand that which you don’t understand, because like it or not, it’s going to happen.

Be prepared, and above all else, be KIND. Try not to trigger people, both children, and adults, who struggle with RSD. It’s not their fault. It’s their brain responding to triggers, and one trigger we can eliminate is criticism and teasing.

Remarks like, “why don’t you just go kill yourself” and “you are so stupid” aren’t things that should ever be said, period, regardless of circumstances.

Teach the children in your circle to be KIND. Model KINDNESS.