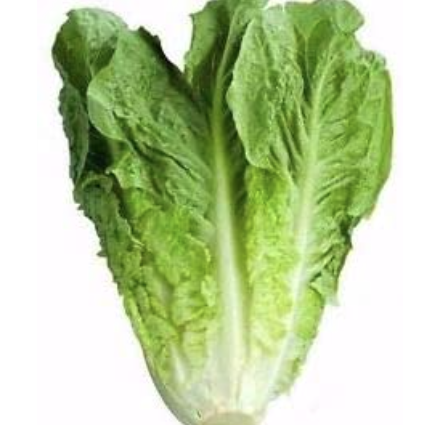 Welcome back! Last week, we talked about bacteria. If you missed this blog and would like to catch up, click HERE.

This week, we are going to talk about sleep aids. Specifically romaine lettuce. It’s gone viral on Tik Tok. I know…I didn’t believe it either, so I took one for the team and tried it out myself.

The article I read on the subject instructed me to wash several leaves of romaine lettuce, then stuff them into a tea cup (I used a coffee cup), choose my favorite tea bag and add it to the lettuce (I chose Earl Grey…hot), then boil water, pour it over the lettuce, allow it to “steep” until the lettuce was limp, then remove the lettuce and tea bag and drink up. For information purposes: To steep: Steeping is the soaking of an organic solid, such as leaves, in a liquid (usually water) to extract flavors or to soften it.  It takes about 10 to 15 minutes.

Earl Grey wasn’t the smartest choice because, as my husband pointed out, “it has caffeine in it”. OK. Welp, what was done was done. Down the hatch.

Now, I’m a lightweight. I’ll just get that out of the way up front. I can’t drink and still stand. I can either drink or stand, but not both. This tea did not change my title. I’m still a lightweight.

Within 10 minutes or so of drinking it, my head started to feel light and spinny. If spinny is a word. I decided to lay down for the night “just in case”. Very good choice on my part.

My body started to feel normal, and by normal, I mean the usual aches and pains in my muscles and joints disappeared. I wondered if this is how other people feel. Within 30 minutes, I was fighting to stay awake. My body had become one with the mattress and I felt warm all over.

I re-read the article and suddenly realized that this tea also has an “opioid effect”. Now things were coming into alignment. That’s exactly how I felt…like I was in the ER for a migraine and on a morphine drip! But…lettuce. Lettuce? I had to know more.

Before I delve into my research, let me just say that Earl Grey didn’t win in the caffeine department. Use any tea you wish. The lettuce will override it.

MBG Health reported this about the study on lettuce tea: “While lettuce does seem to contain sleep-promoting compounds, it’s unlikely that you’d get enough of them in lettuce water to have any real effect. So we can chalk this one up largely to the placebo effect.

“You can still, of course, try the brew for yourself. “The placebo is real,” says Cannon. “If you believe something works, and it’s unlikely to bring harm, go for it!”

But then they went on to say, “And if sipping lettuce water isn’t your thing, Stephenson has a more palatable way to put this research into practice: Eat a salad containing romaine for dinner. “You’ll get great nutritional benefits and fiber, along with the possibility of some pain relief and an easier time getting to sleep and staying asleep,” she says. “To me, that’s a strategy that has far more benefits than drinking lettuce water.”

??? So lettuce tea effects will be all in my head, but eating the actual salad won’t? I moved on.

The next article I read claimed this

“Lettuce contains something called lactucarium, which can make you feel sleepy. “It has a similar structure to opium and has some sedative properties,” Dr. Winter said.

“You can actually see lactucarium if you look at the base of certain lettuces. “It’s a milky substance,” Dr. Winter explained. “If you get a whole bunch of lettuce and boil it down, you can make this chemical.”

“A research article published in Food Science and Biotechnology in 2017 explained that lactucin, a major active compound in lactucarium, is found in higher concentrations in green romaine lettuce than in green and red lettuce varieties.”

However…the article went on to claim the same as the first. You can’t steep enough leaves to make a difference, and if you believe it works, it will, but it’s most likely the warm water.

Only here’s the problem with their theories. I didn’t believe for one second it would work, and it did.

Sleep Station chimed in on the research, “A lot of talk around the TikTok sleep hack has mentioned that it’s backed by science. This isn’t entirely true. While two research studies have looked at the sedative qualities of lettuce, both of these were conducted in animal models, using mice.

“One study looked at what happened to the sleep of mice already in a drug-induced sleep. Mice were drugged with the sedative pentobarbital and researchers then administered various lettuce extracts to the sleeping rodents.

“The second study again used pentobarbital to induce artificial sleep in the mice and then looked at the effects of extracts of 4 different lettuce types (red and green Romaine varieties).

“Both studies found that lettuce extract increased how long the mice slept and while this is interesting research, these are laboratory experiments that wouldn’t be possible in humans. Just because something occurs in a mouse model, it doesn’t mean that the same will happen in a human.”

Our ancestors knew what time it was

Living around the same time as Celsus the Greek physician, author, and botanist, was Dioscorides, who wrote an encyclopedia of herbal medicines which was widely used for more than 1,500 years! He also noted that garden lettuce is good for the stomach and causes sleep.

Galen, the father of modern medicine, was drinking lettuce water to aid his sleep almost 2000 years ago:

In the decline of age. which is naturally wakeful, I suffered very much by want of sleep; for which disorder, I used in the evening to eat a lettuce, which was my sovereign only remedy. Many boil this tender herb in water, before it produces stalks; as I myself now do.

There you have it

I’m not going to argue with history. I’m just not. Our ancestors did a lot with a little. I trust them.

The NIH also has a very detailed description of how and why lettuce may aid sleep. Click HERE to review.

Try it for yourself

It won’t hurt you and it might help you. I want to add, I didn’t just steep a couple of leaves. Nope. I went all out. I put an entire head of lettuce in a pot. I highly recommend you start small and build up.