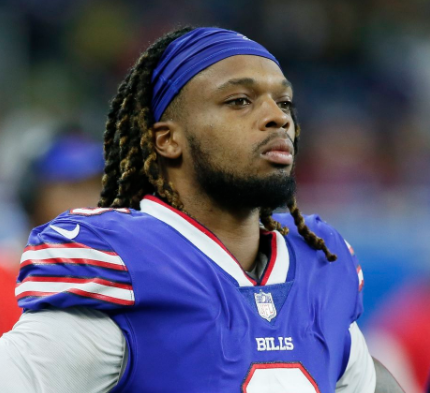 A Cup of Coffee – All Heart Conditions Are Not Equal

Welcome back! Last week we talked about Fat and the different kinds of fat. If you missed this blog and would like to catch up, click HERE.

I had another blog all set to go, but then Buffalo Bills safety Damar Hamlin suffered cardiac arrest following a hit in Monday night’s game against the Cincinnati Bengals causing him to collapse on the field, and my focus shifted. Photo is credited to AP Photo/Duane Burleson, File.

There has been a lot of social media buzz around this event. What caused him to go into cardiac arrest? Some think it may have been the Covid-19 vaccination. Some speculating drugs were involved. Even cardiologists have been weighing in with their opinions.

I decided to talk to you today about all the different kinds of heart conditions, and then give my very uneducated guess as to what may have happened. Only Damar’s doctors will be able to tell us for certain, and all other opinions are just speculation, not fact, including mine.

What is the difference between a heart attack, heart failure, and cardiac arrest?

These are all three different events, with some underlying similarities. Let’s break it down.

A heart attack is a circulation problem somewhere in the circulatory system. If circulation gets cut off, or “blocked” in some way, then blood can no longer get to the heart, which in turn can cause damage to the heart muscle. Doctors may call this a myocardial infarction.

Blockages are usually caused by a buildup of plaque in the arteries. This happens when cholesterol co-mingles with fat, calcium, and other things in the blood.

A heart attack can also happen when there is a spasm brought on by tobacco (rare), cocaine use (which disables the heart muscle), or a tear in the artery.

While a heart attack can be fatal, it’s not an automatic death sentence, especially if you get immediate help through CPR and emergency services.

Heart failure happens when the heart, which is essentially a pump, cannot effectively push blood out through the arteries and circulatory system to the body’s other organs and tissues.

The result may be edema (swelling), usually in the legs and ankles, though edema can happen anywhere in the body. Heart failure also impairs the kidneys’ ability to dispose of water and sodium, causing even more swelling. When pulmonary edema happens, fluid collects in the lungs and interferes with breathing.

High blood pressure, diabetes, obesity, and coronary artery disease (when plaque builds up in the walls of arteries causing them to narrow and increasing the difficulty of pumping blood) are all conditions that can lead to heart failure.

Heart failure is not as immediately life-threatening as a heart attack or cardiac arrest, but needs treatment to prevent further damage.

Cardiac arrest happens when there are electrical disturbances that cause the heart to suddenly stop beating properly.

Death can result quickly if intervention isn’t offered right away. “Cardiac arrest may be reversed if CPR is performed and a defibrillator shocks the heart and restores a normal heart rhythm within a few minutes,” according to the American Heart Association.

When the heart stops beating, it also results in a sudden loss of breathing and consciousness. This is why you saw the football player stand up and then drop so suddenly. All systems went on pause. He was revived due to immediate CPR and defibrillation.

Many cardiologists weighed in online yesterday and stated they believed Damar’s arrest happened due to Commotio Cordis.

This is a disruption of a heart rhythm after receiving a blow to the area directly over the heart at a key moment in time during a heartbeat cycle.

While rare, it does happen and usually to boys and young men during the course of playing sports.

The American Heart Association says it’s the leading cause of deaths in youth baseball in the United States, typically two to three per year.

Could the vaccine have caused a problem?

The CDC states that there have been reports of myocarditis following the Covid vaccine in adolescents and young adult males within several days after mRNA COVID-19 vaccination (Pfizer-BioNTech or Moderna).

The Mayo Clinic says, “Myocarditis is inflammation of the heart muscle (myocardium). The inflammation can reduce the heart’s ability to pump blood. Myocarditis can cause chest pain, shortness of breath, and rapid or irregular heart rhythms (arrhythmias).

“Infection with a virus is one cause of myocarditis. Sometimes a drug reaction or general inflammatory condition causes myocarditis.

“Severe myocarditis weakens the heart so that the rest of the body doesn’t get enough blood. Clots can form in the heart, leading to a stroke or heart attack.”

So Could The Vaccine Have Caused His Arrest?

It cannot be ruled out. He would have needed to have recently received a dose, according to the guidelines:

How Many Young Men Have Developed Myocarditis?

The JAMA Network posted a very detailed article on this very subject. While impossible to replicate here, I wanted you to have this link so you could make your own determinations. Click HERE to see the study.

This is why the doctors treating him needed time to figure out what exactly happened to cause his arrest. Gathering information at this point in time was critical to his survival. Questions such as did he have a prior history of heart disease? Does he use steroids or cocaine? Did he receive a vaccination in the past two weeks? His history along with testing will most definitely play a part in his diagnosis and prognosis.

What Do I Think?

Everyone has an opinion, and I’m no different. In this case, I defer to the cardiologists and side with Commotio Cordis.

According to Healthline, “Commotio cordis occurs when a person is hit in the chest and that impact triggers a dramatic change in the rhythm of their heart.

“The blow could come from an object, such as a baseball or hockey puck, and may not seem especially serious at the moment. However, commotio cordis is often fatal.

“After being hit in the chest, a person with commotio cordis may stumble forward and lose consciousness. The injury won’t cause any outward trauma to the chest. There may not be a bruise or any indication of a serious blow.”

Regardless of what others believe happened, none of us will know for sure until the doctors give us their diagnosis. In the meantime, we at the Foundation wish the very, very best outcome for this talented player. Damar, his family, and his teammates are in our hearts this morning.