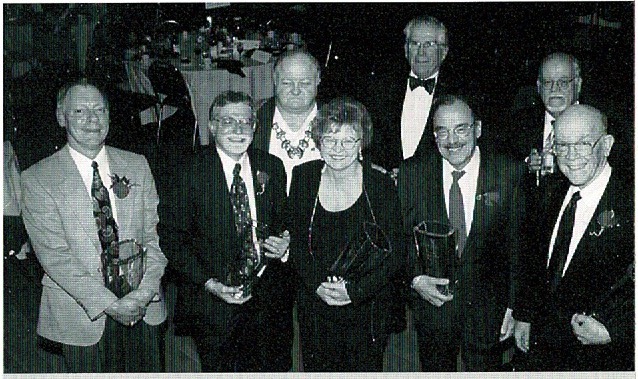 The very first Founders’ Awards were presented to our founding Board of Directors for their service to the osteopathic profession.
Paul Aversano, DO
Al Federici
J. Scott Heatherington, DO
Floyd Henry, DO
Stanley Menache, CPA
Cleon Miller, DO
Governor Barbara Roberts
Ronald Schultheis, DO
Joseph Weston 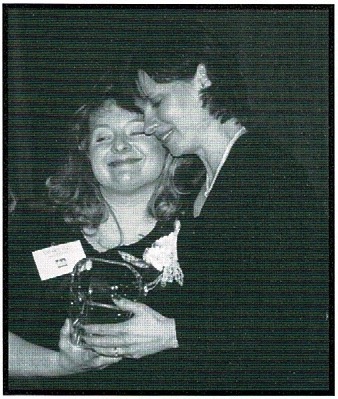 Paula Crone DO – Rising Star
Dr. Crone is shown here receiving her award from Tony Hero DO. Dr. Crone was recognized for her leadership as the Director of the Family Medicine Residency Program at Eastmoreland Hospital. 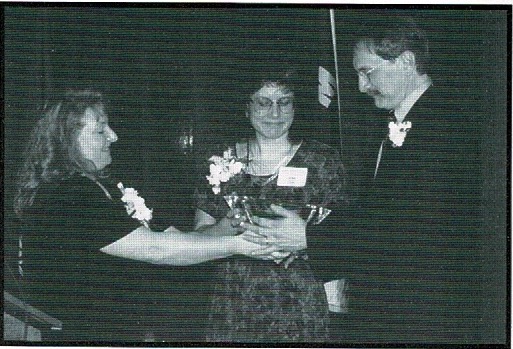 Drs. Cathy and William Holmes DO – Scotty
Bill and Cathy were honored for their work with the Montana Osteopathic Medical Foundation. They had a private family medicine in Montana.

Mrs. Shirley Carpenter * – Exceptional
Shirley was the Northwest Regional Manager for the American Osteopathic Association. After her death, an endowment scholarship was established in her name that is presented each year.
Edward Goering DO – Rising Star
Dr. Georing was recognized for his leadership in OPSO and the Medical Education Committee of Eastmoreland Hospital

Benneth Husted DO – Exceptional
Dr. Husted is the Founder of Housecall Providers of Portland Oregon

Donald Treseler DO * – Scotty
Dr. Treseler was a 40+ year physician in Seattle, WA. He was President of the Washington Osteopathic Medical Association and served over 20 years with the Washington Department of Public Affairs
Mr. Vince Whiting – Exceptional
Vince is a long-time friend of Eastmoreland Hospital and a generous supporter of the Foundations scholarship programs. 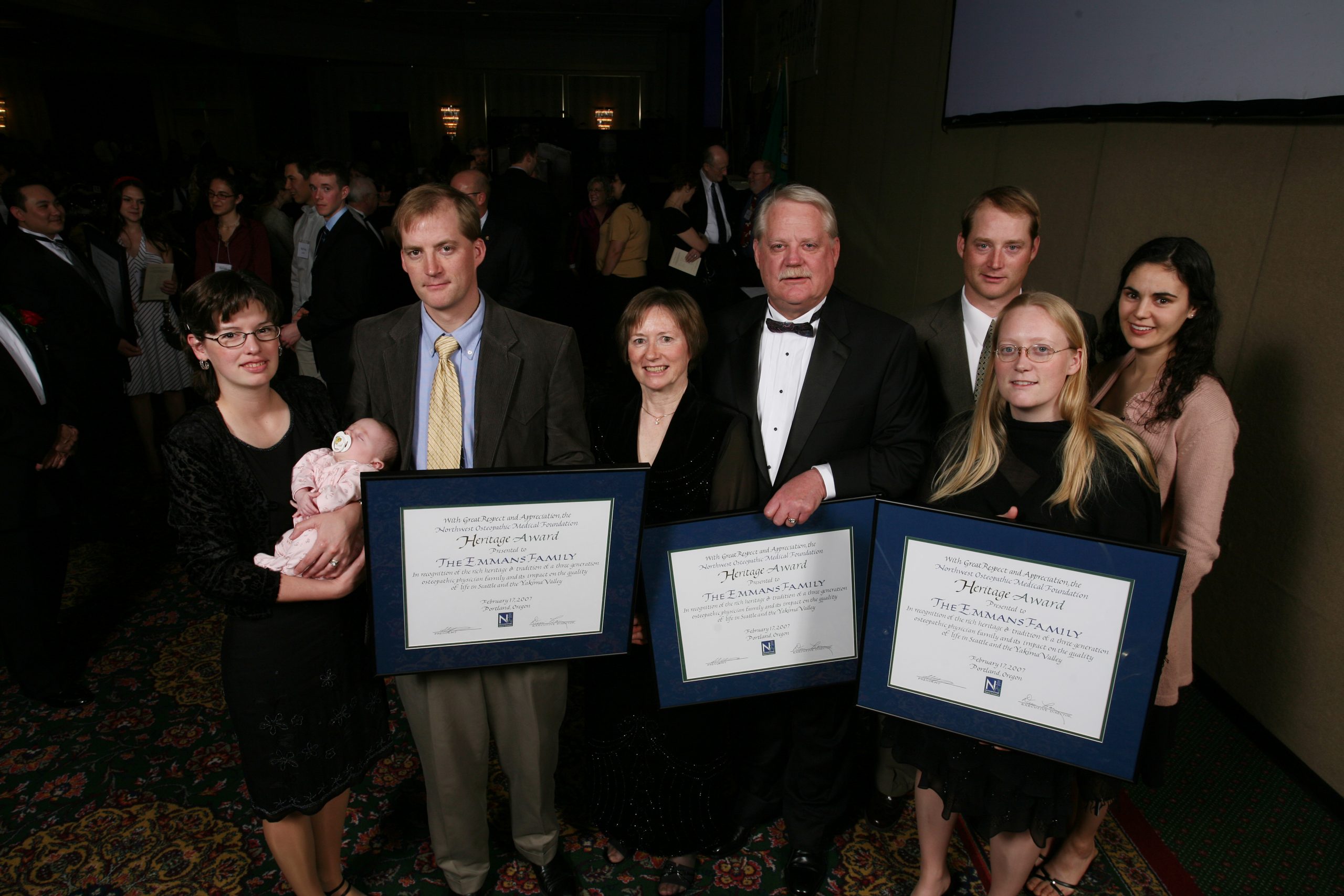 Emmans Family – Osteopathic Heritage
In honor of three generations of Emmans’ as osteopathic physicians, the Foundation gave the family this special recognition. Both Dr. Emmans Jr. and Dr. Emmans III are practicing physicians in the Yakima area. 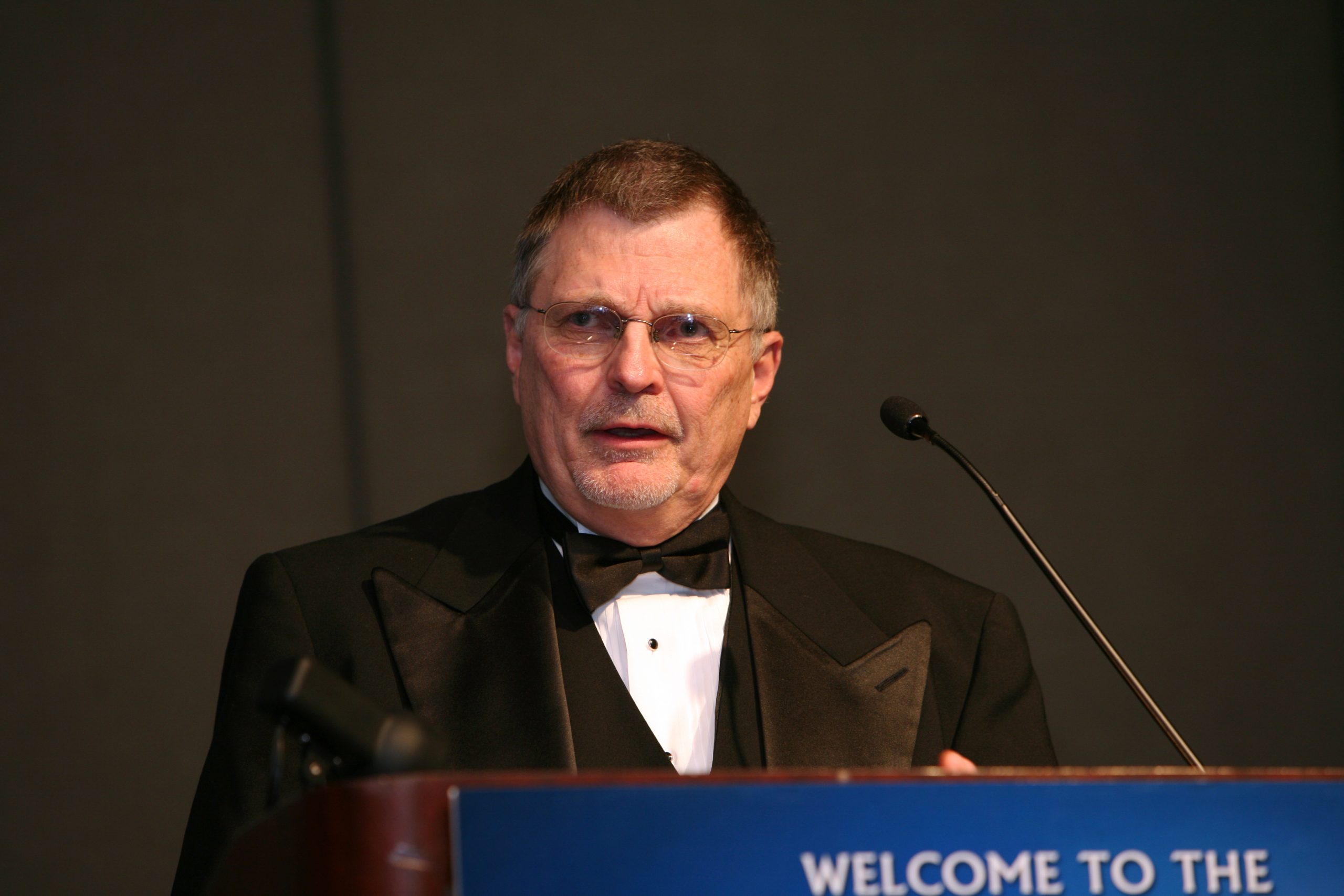 William Graham DO – Scotty
Dr. Graham was a general surgeon for many years at the Eastmorland as was in private practice until very recently in Portland. 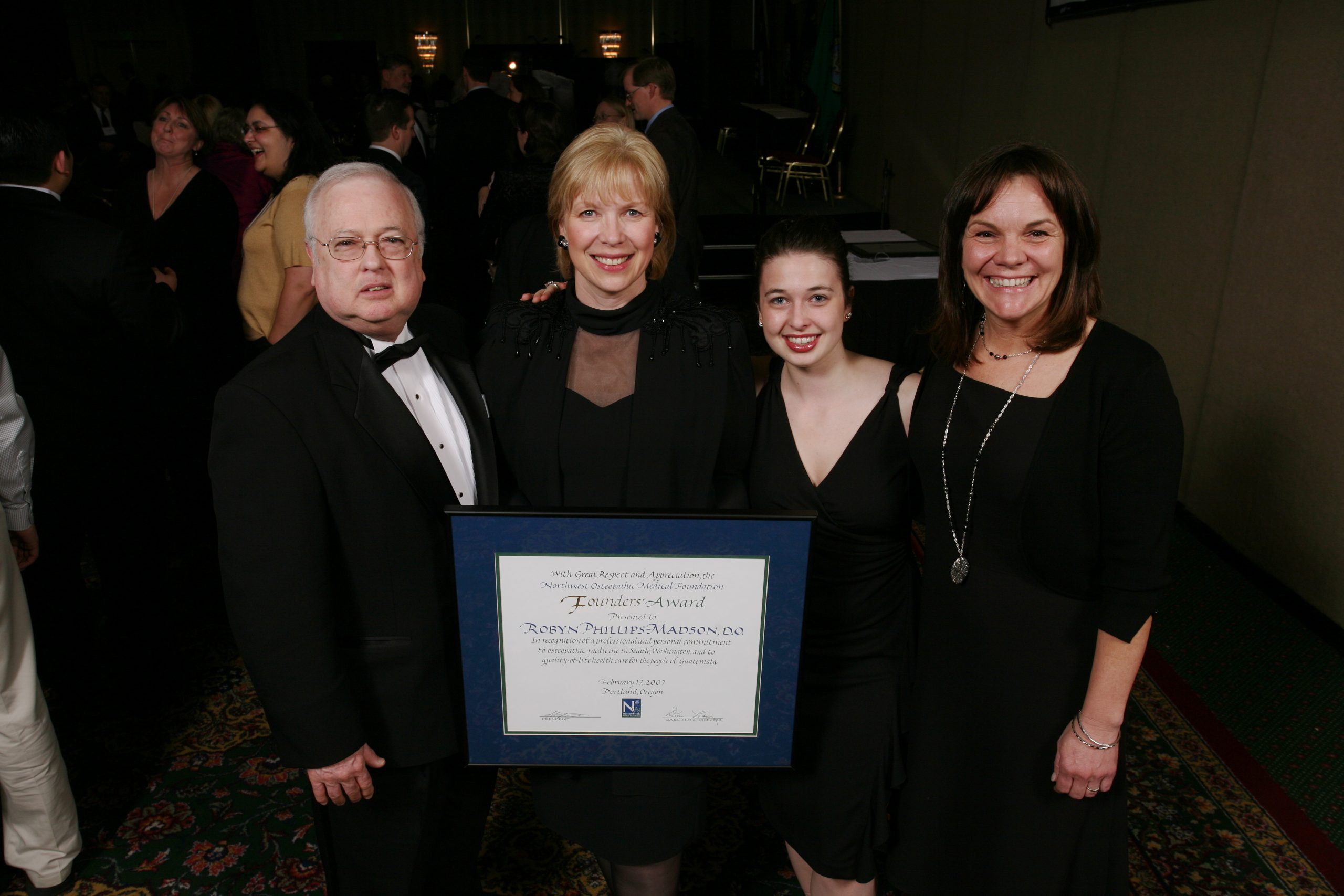 Robin Phillips-Madson DO – Exceptional
Dr. Phillips-Madson was a family physician in Seattle when she was selected by the Foundation for her award. Currently, she is the Founding Dean of the University of the Incarnate Word School of Osteopathic Medicine. 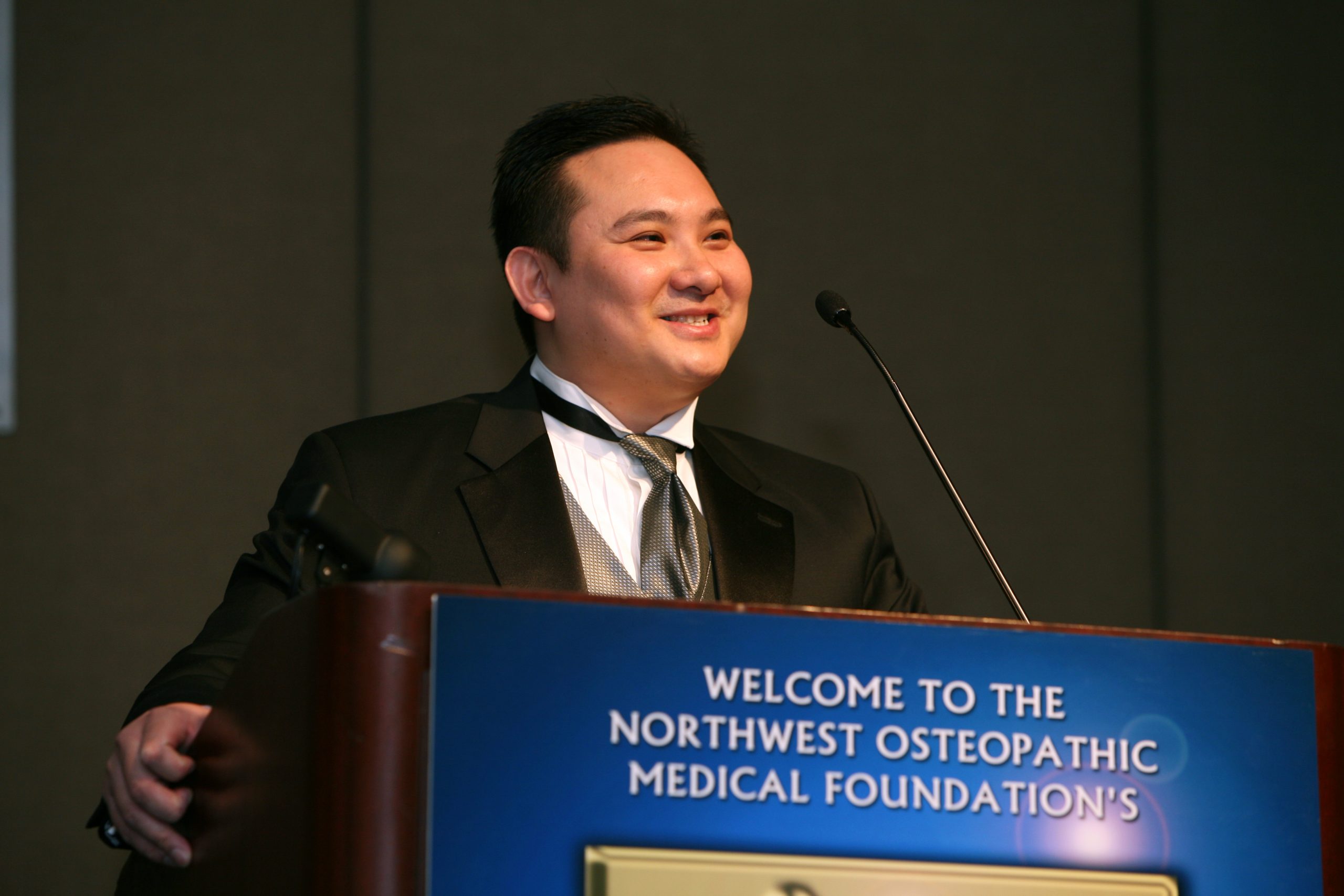 John T. Pham DO – Rising Star
In 2007, Dr. Pham was recognized for, among other accomplishments, beginning the OPSO Pre-Med Awareness Program, which he is still actively involved with almost 15 years later. Dr. Pham is currently the Vice-Dean for Western University’s College of Osteopathic Medicine of the Pacific-Northwest and Medical Director at Western University’s Oliver Street Clinic.

2010
Amber Figueroa DO – Exceptional
Dr. Figueroa was recognized as a family medicine physician in Central Washington serving an at-risk and underserved population
Michael Johnson DO – Rising Star
Dr. Johnson was a radiologist from Caldwell ID.
Edna Miller DO – Exceptional
Dr. Miller was a family medicine physician who served in leadership roles with both the Osteopathic Physicians and Surgeons of Oregon and the American College of Family Medicine Physicians. 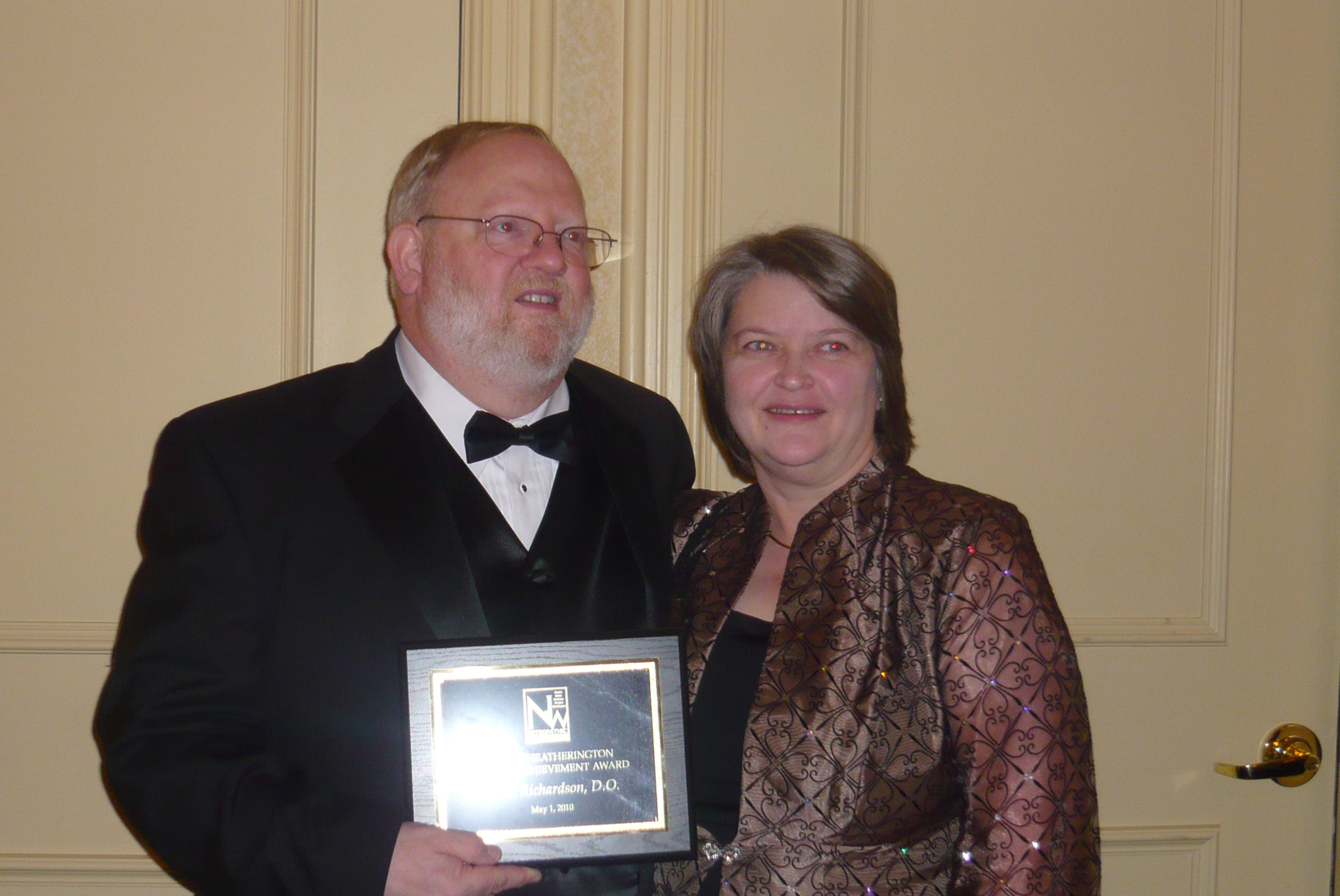 Robin Richardson DO – Scotty
Dr. Richardson was a past President of the Osteopathic Physicians and Surgeons of Oregon and Founding Board member of FamilyCare. 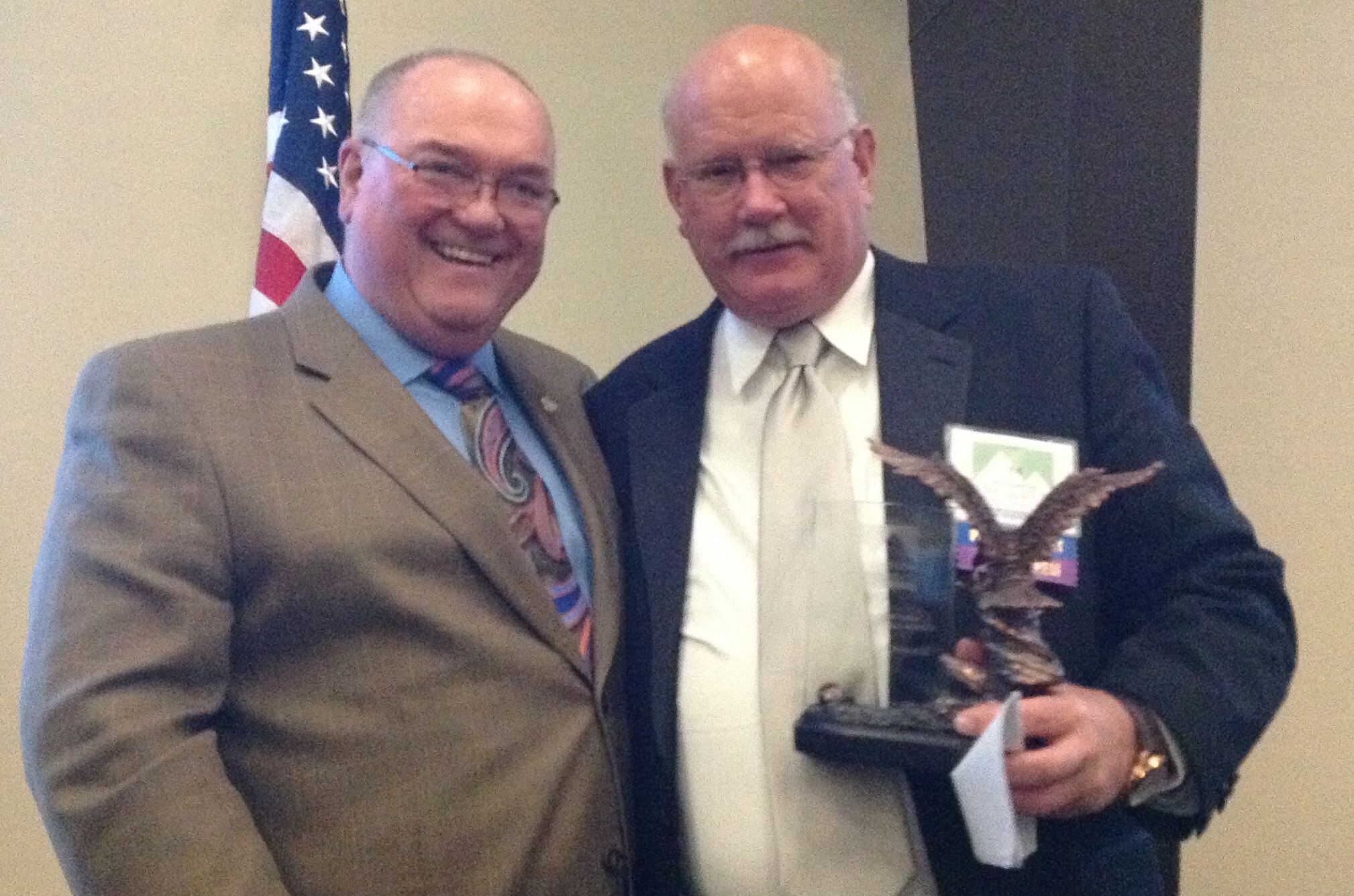 Edwin Heusch DO – Scotty
Dr. Heusch had an active surgical practice in Portland Oregon and served in a variety of leadership roles with the Foundation, Eastmoreland Hospital, and the Osteopathic Physicians and Surgeons of Oregon.

Ronald Higginbotham DO – Scotty
Dr. Higginbotham was recognized for his many years of leadership in the Idaho Osteopathic Physicians Association and the Northwest Osteopathic Medical Foundation. 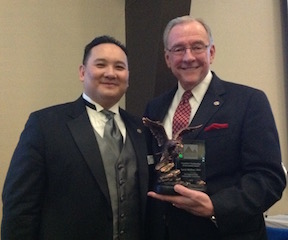 Larry Mullins DHA – Exceptional
Dr. Mullins served as President and CEO of Samaritan Health Services and was recognized for his leadership in the founding and success of the Northwest Campus of Western University College of Osteopathic Medicine of the Pacific in Lebanon, OR. 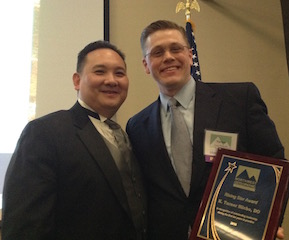 Turner Slicho DO – Rising Star
A graduate of UNTHSC-TCOM that moved to Portland, OR early in his practice, Dr. Slicho is an internationally recognized Neuromusculoskeletal Medicine and Osteopathic Manipulative Medicine medical educator.